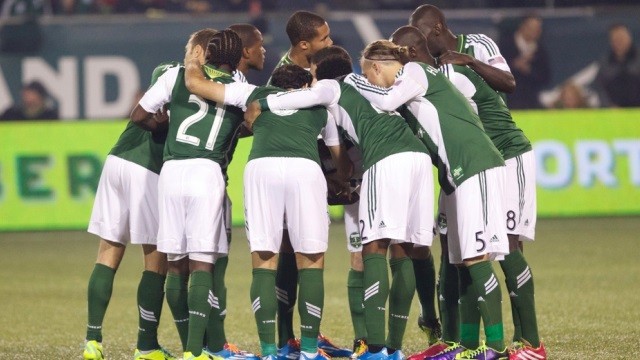 When the Timbers jetted back from sunny Arizona about a month ago, they were met with an Oregon snowstorm the likes of which we haven’t seen since the team moved to MLS in 2011.

It must have been, to say the least, a bit of a comedown to be back in Portland preparing for the 2014 MLS season, as wonderful a city as we are.

And the Timbers were skating along the sunshine in Arizona – they faced three tough opponents, Kansas City, Houston, and Seattle, and didn’t lose. They looked sharp, and optimism and preparedness were really the only qualities coming out of camp.

But now that the dust has settled from the final few weeks of preseason in Portland, a cloudier picture has developed. The Rose City Invitational came and went last week, and the Timbers played three games that won’t live long or fondly in the memory.

After a dour and somewhat lucky 1-1 draw at full strength against Vancouver on Saturday, the Timbers had placed third out of three MLS teams in their own tournament, with two draws, a loss, and two goals from the three most serious friendlies of 2014.

At times, mostly against San Jose in the first game, things looked promising. But an overall lack of sharpness, attacking continuity, and killer instinct followed Portland around like a shadow.

Let’s be clear: The sun, the moon, and the stars are expected from the Timbers this year.

They’re defending Western Conference champions. They were one step, one bogey team away from MLS Cup, and that team has been dealt a hammer blow with the departure of their coach.

The Timbers have only added to a team that retained all its key players – in fact, all its starters – from last season. This season is supposed to be Porterball on steroids.

What could possibly go wrong in 2014?

We began to see what might not work in these three friendlies.

Portland, for all their talented players – and there’s a ton of them on offense – are a little one-dimensional.

If they can’t play through teams in the tika-taka style Porter has introduced, they have problems. San Jose and Vancouver are teams that are organizationally strong, even if they lack talent, and they frustrated the Timbers.

All of Portland’s front seven wants to play through the middle of the field. Their most important attacking players – Darlington Nagbe, Diego Valeri, and Gaston Fernandez – all naturally drift towards the middle, and do their best work there.

Things get congested, and unless the passing and movement has pinpoint accuracy and creative ingenuity – which the Timbers are capable of at times – it will be hard to break things down.

With injuries to Rodney Wallace and Steve Zakuani, Portland lack a wide threat outside of their fullbacks. Not that there is anyone to cross the ball to most of the time, because with Maxi Urutti up top, Portland don’t have any big players who can head the ball.

If Plan A – breaking teams down – doesn’t work, Plan B is murky at best.

What exactly does Maxi Urruti provide up top? He’s good with his feet, and he likes to run around, but there aren’t enough touches for him in Portland’s offense to be on the ball very much, and he can’t hold up play, and has zero physical presence in the box.

Urruti has disappeared at times. Believe it or not, Portland will miss Ryan Johnson up top.

Johnson was able to link play well last year, and he didn’t want or need the ball to be effective. Instead, he was a presence inside the area, where he scored all his goals last year.

Johnson wasn’t effectively replaced in the offseason. Frederic Piquionne is a good change of pace, but he’s played with the second team all preseason, and the coaching staff’s confidence in the veteran seems to be low. How much of a role will he play?

When Fernandez has been moved up top as a lone striker this year, he’s looked lost. Fernandez is clearly a talented player, but he’s not a target forward – and Portland only go two deep for true strikers.

About Fernandez – clearly he has talent, and clearly he’s a surefire starter. But he needs the ball at his feet to be successful, where Rodney Wallace last season didn’t. Fernandez, who is clearly not quite at his best as of yet, just alters the chemistry of the Timbers a little bit. In a game as precarious as soccer, that’s important.

Against San Jose, Portland didn’t take their chances, but against Vancouver, they didn’t have any clear-cut opportunities.

The Timbers should be able to score bags of goals this year, and you always have the feeling watching them that if things just click, the goals will start flying in.

But if they don’t, then what? 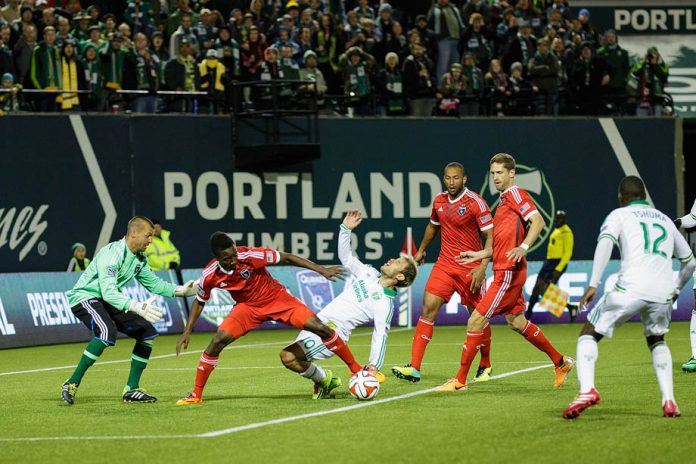 The Timbers looked solid defensively throughout the week, and the back-four is settled with accomplished veterans, something Caleb Porter feels comfortable with.

Jack Jewsbury is solid – the RSL series has unfairly skewed his reputation – and Michael Harrington is playing with more confidence than he has had his entire career. The US January camp in Brazil appears to have done him a ton of good.

With Pa Kah, you get Pa Kah moments, but he’s tough as nails and with work well with Norberto Paparatto, who already looks comfortable in Portland.

It will be interesting to see if Porter sticks with the starting eleven that played against Vancouver – the only spot that might be up for grabs is the one up top. The other 10 positions are settled. A false nine wouldn’t solve the lack of a target problem that Portland has.

This could develop into a waiting game for Zakuani, then Wallace, and possibly the addition of another striker.

Or Portland could walk onto the field at Providence Park against Philadelphia on Saturday night, light the world on fire, and make us forget that there ever was a notion of a problem.

You don’t want to extrapolate too much from it. Portland has a soft March schedule, so a chance to land softly and get in a groove is a real possibility.

But Vancouver and San Jose represented teams on the level of those Portland will in the first four games of the season. The Timbers have to put the ball in the back of the net, or these murmured concerns will grow in a roar. With that, let the games begin.