Last week Barclays Premier League sent out formal invitations to broadcasters interested in bidding for the next round of Premier League TV rights for the 2010-2011 to 2012-2013 seasons. With the current TV deal worth £2.7bn over three seasons and the demand for Premier League football increasing (especially in overseas markets), the current economic climate is unlikely to stop the English Premier League from selling its TV rights (UK and overseas) for more money than last time around.

So far so good – the Premier League is set to make more money in the next three years than they did in the last three years, economic crisis or not.

More interestingly, around the same time there were discussions on how the Premier League was considering “Premier League TV” as a fallback option in case bidding for TV rights ever failed to match Premier League demands.

EUFootball placed the estimated value of Premier League TV at £1bn per season (assuming 5 million subscribers paying £200 per year / £16.5 per month), and although broadcasters and Premier League insiders have privately called the idea nothing more than a last-resort move, the idea has some merit (and obvious shortcomings, as discussed over at EPL Talk).

With an year and a half left for the current deal to expire, the EPL has plenty of time to review bids from broadcasters (when bidding starts early next year) and then if circumstances demand it, have over an year to work on their own TV channel.

For broadcasters this may just be the gentle stick prodding them to raise their bids for the carrot that is Premier League football, but a dedicated Premier League TV channel and the myriad of interesting options it would generate for football fans is just too good of an idea to ‘keep on the shelf’.

How? Let me explain.

Premier League TV – will it work? 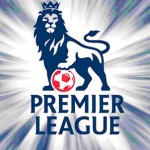 £200 per year is not an outrageous amount, and with an year’s time to promote the channel and acquire subscribers the Premier League could very well reach £1bn per year in TV income (although in this case they would also be bearing costs for running the channel, driving down profit margins somewhat) from the first year and beyond that with Game 39 being acceptable to AFC, CAN, CONCACAF and Oceania (effectively 5-6 billion people outside Europe and South America), all signs point to a growth in demand for Premier League football and by extension, for Premier League TV.

There is great demand, and if not in an year certainly in a couple of years the Premier League will be able to develop the technical and logistical infrastructure to deliver such a product globally.

While Premier League TV may just be a fall-back option, football fans online have been clamouring for an official Premier League online TV channel for several years. Such a service would invariably be paid for, something that polarises the debate as you’d expect any Internet-based debate to be when it comes to paying for something available for free elsewhere on the Internet (welcome to the world of free live online football).

NetResult, Premier League’s watchdog, has gone after everyone from YouTube to Joe Blogger for everything from video clips to team crests to get them to remove all copyrighted material. Apart from being an ENORMOUS nuisance to football bloggers, has achieved little in preventing football fans from watching highlights they’re not supposed to be watching online and from adding team and league crests when they want to.

Actively trying to stop anyone from doing what they want to do may stop a few people, but it will definitely increase resistance in the remaining fans and over the past couple of years the Premier League has tarnished it’s reputation online by badgering bloggers (who as a collective have substantial influence in shaping public opinion) and forcing people to find new and improved ways to commit copyright infringement and avoid detection.

That’s not to say that they shouldn’t enforce their copyright – they definitely should – but there are ways to do it by keeping the fans onside and then there is the way the Premier League are going about right now, clearly pushing fans offside.

What could the Premier League do instead? Why, they could actually listen to the global audience and launch an official Premier League TV channel, online! 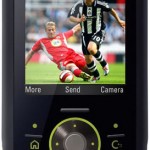 Football business experts proudly claim that the football market is still under-valued – that there is more demand than supply and there’s a lot more money to be made in football in the next 5-10 years.

They’re absolutely right – there is much more demand than supply at the moment, and the Premier League can take advantage of this demand by a) launching their own TV channel and b) launching an online service to accommodate those Premier League fans who don’t have access to their TV channel for any reason.

There are three potential hurdles the Premier League would have to deal with:

Technology Costs: It would be terribly expensive for the Premier League to use their own hardware to provide live match coverage to millions of watching fans around the world, not to mention impractical for many millions of viewers who do not have easy access to broadband internet.

Solution: By promoting a paid P2P service and therefore enabling paying subscribers to watch live football online using already existing technologies, the Premier League can offset most of their technology costs (and do more to put the ‘free services’ out of business than NetResult ever could in a hundred years).

Subscription Costs: The Internet is almost synonymous with ‘free stuff’. The only way the Premier League would consider an online channel would be if they levied a monthly subscription fee, and that would put it out of reach of a substantial number of potential viewers.

Solution: Make it worth paying for. Unlimited access to Premier League football, whenever you want, wherever you want. Live football, goal clips, archived footage, you name it. People want to watch football – let them.

Competition With TV: The traditional TV rights auction brings in a LOT of money, and broadcasters could have a legitimate gripe that airing football matches live online would take away their viewership and hence drive down (or at least limit) bidding for these TV rights, which is something the Premier League are trying to avoid in the first place.

Solution: If Premier League has their own TV channel, they can work WITH the Internet as opposed to AGAINST it by creating combined with TV or stand-alone subscription packages for Premier League clips and highlights viewable online or through mobile.

The specifics can change but ultimately the overall objective must be served, that is:

Making all Premier League football (not necessarily old footage, but since they own the rights they can put them up as well) accessible to football fans around the world through TV, Internet and mobile as a paid service.

Premier League and the Future 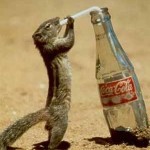 The Premier League is, outside FIFA and possibly UEFA, the most powerful football organisation in the world thanks to rude financial health and an insatiable demand for their ‘product’ (background reading: Money Wars, . They are businessmen first and foremost and the only reason they would not have made a move online is because they feel that the move would not be as financially lucrative in the long run (upping supply satiates demand and can reduce the price the buyers are willing to pay) as it is to work through traditional media (i.e. TV). Money first, clubs second and fans third, it’s always been this way.

For now you’ll see the Premier League stick with traditional broadcasters and experiment with selling Internet and mobile rights (as you’ve already seen, with Perform Group working with the Premier League to provide video clips to major media outlets and various mobile services).

And eventually that’s what business, the business of football, and demand and supply is all about – if you want to keep demand strong, limit supply as much as you can reasonably get away with.