“I’m always going to be the guy sneaking the ball through, to build and create something,” says Christian Eriksen.

This Telegraph interview revealed all about Tottenham’s playmaker and then some. Eriksen can be almost seen as a more drilled, mechanical variant of Barcelona’s Andres Iniesta, of whom he is an admirer. The 24-year-old Dane is one of the many Spurs players to have earned praises for last season’s title race, and rightly so.

Yet again, it is Eriksen who is pulling the strings for another good season at White Hart Lane in 2016/17. 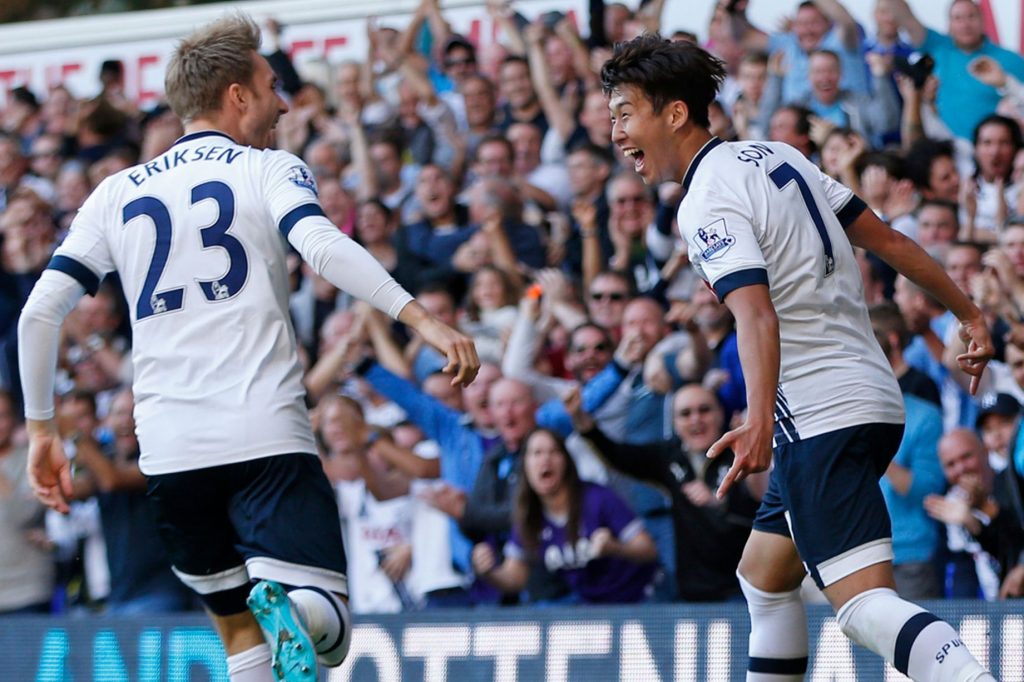 Spurs are among the top six clubs who have set the pace in the Premier League this season. They are currently fifth, but only five points separate them from Liverpool in second. They have also collected more points at this stage this season than the last. All of which points to progress for the club in manager Mauricio Pochettino‘s third season in charge.

However, such progress might be overlooked because its rewards are intangible. Tottenham could eclipse their highest-ever points tally yet fail to finish top four, such is the competition at the top end of the table.

Amid all that, Eriksen has been influential in his team’s recent hot run. Spurs have won their last four games with Eriksen scoring twice and assisting once. He has played the second most number of minutes at Spurs this season across all competitions and has been directly involved in 10 goals in the league for them.

The current Tottenham side can lack flair sometimes, but, in Eriksen, they have their bona fide creative hub. However, Mousa Dembélé’s injuries and suspensions have forced the Dane to at times play deeper this season. Besides, Pochettino has changed tack with a three-man defence, in which Spurs seem to lose their flow.

All that, though, haven’t stopped Eriksen from being the guy “sneaking the ball through, to build and create something” for his team. He averages an assist every 10 chances created this season, and more than two-thirds of his chances created are from open play. He is Spurs’ most frequent shooter, their best chance creator and also has more assists than any of his team-mates.

It’s quite safe to assume Eriksen as the leader of Tottenham’s attack. There remains, though, room for improvement.

It is in the big games that Eriksen’s impact seems to lessen. Tottenham face Chelsea next and will hope their number 23 can be a major difference between the sides. In Spurs’ two league defeats this term against Chelsea and Manchester United, Eriksen underperformed, creating far less than his usual standards. Consequently, his team suffered.

Furthermore, in Spurs’ other games against top six teams — Liverpool, Manchester City, and Arsenal — Eriksen remained quiet. Until he delivers consistently, there will be doubters. At Spurs, though, he has got time.

He sorted his future at the club until 2020 recently. Tottenham could do worse than have Eriksen spend the best years of his career at White Hart Lane. “It is one big family,” Eriksen said of Spurs in September 2016 upon signing his new deal.

Spurs boast the youngest squad in the Premier League this season. Their principle attackers — Dele Alli, Harry Kane, Érik Lamela, Son Heung-min, and Eriksen — are all in their early twenties. Holding on to them is the club’s priority in the coming years.

“He is a player who has a great capacity to make the team play and to make the team better,” Pochettino saluted the influence of the Dane in a recent interview published by AS wherein he also talked up the quiet leader Eriksen.

He is undoubtedly someone very special, the footballer who plays, without speaking and with his movements, what his colleagues do. It is the brain, the player who gives others that ability to understand the game.

Eriksen has the key to one of the most exciting attacks in the Premier League. If he, his current team-mates and manager stay together for a long time, we might just see one of the best Tottenham teams in recent memory, one that reaps both tangible and intangible rewards.