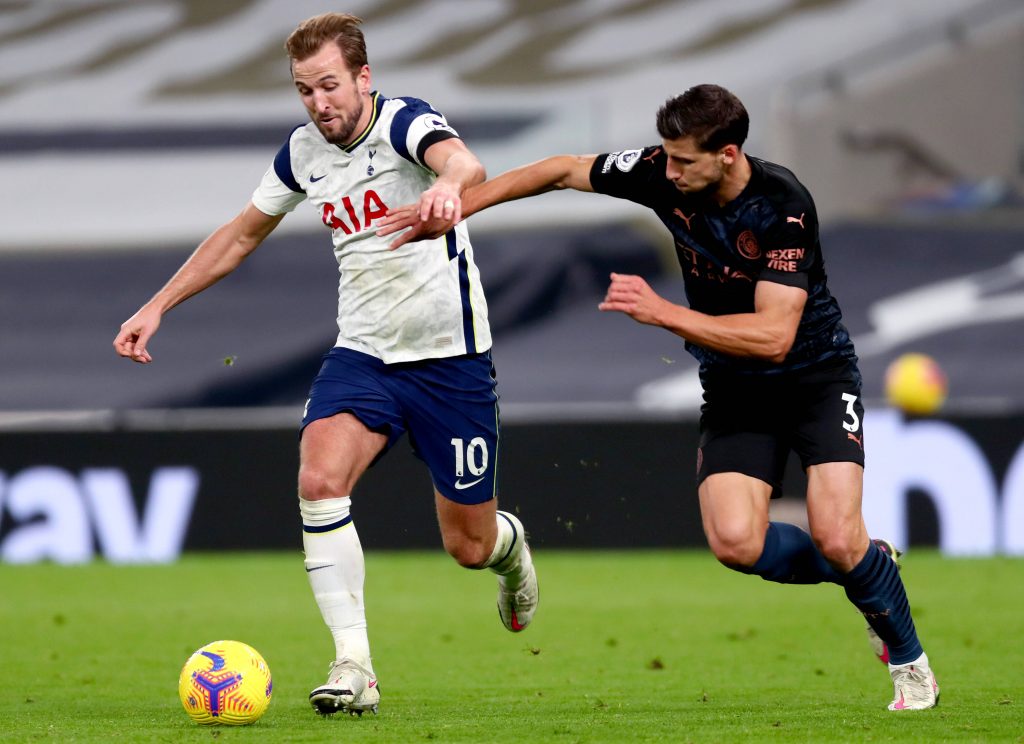 The eight-man shortlist for the Premier League Player of the Season award has been announced.

Manchester City are, rather unsurprisingly, the most represented team in the shortlist, boasting two nominees.

One player from rivals Manchester United features, as well as one each from Liverpool, Chelsea, West Ham United, Tottenham Hotspur and Aston Villa. Three Englishmen have been selected in the final eight, as well as two from Portugal.

The fan vote is open on the Premier League’s website, with the announcement expected to be in about a week.

It is worth noting that this is NOT the PFA Player of the Year award. However, seven of the last eight winners have scooped both prizes.

Hoping to become the fourth player to win the award on two occasions, De Bruyne has starred once again for Man City.

The Belgian was at his brilliant best for large parts of the season, registering 12 assists – only Harry Kane set up more goals. In addition, he bagged six for himself, helping his side to the league title.

However, he did miss a decent chunk of the campaign, making just 25 appearances. This could hinder his chances.

Arguably the favourite for the honour, Ruben Dias has enjoyed a stellar debut season in the Premier League.

Alongside John Stones, the Portuguese has been a huge contributor to a backline that has kept the most clean sheets and conceded the fewest goals all season.

He’s attracted widespread praise for his performances at the heart of defence and is even in the running for the Ballon d’Or as things stand.

Bruno Fernandes has wasted no time adjusting to life in a new country, arriving and making an immediate impact at Old Trafford.

In his first full season as a Man Utd player, he has scored 18 league goals and assisted a further 12, putting him in the top three for both charts. In addition, he won the Player of the Month award twice this season and four times since his arrival at the start of 2020.

This has come as a huge boost to the Red Devils, who finished in second place.

Had the season ended a couple of months earlier, Fernandes may well have won it. He’s still one of the favourites, but a slow end to the season may cost him.

Aston Villa finished the season in 11th place, and yet Grealish has still earned a nomination for Player of the Season. That is a testament to how good he has been.

The Villans will have to work incredibly hard to keep the England international at the club, given his standout performances this term. He scored six and assisted ten in the league.

However, much like De Bruyne, his lack of appearances could be a problem. Grealish featured 26 times, missing a large part of the season after an injury sustained in February. In the 12 games that he missed, Aston Villa picked up just 12 points.

Harry Kane has always been an excellent goalscorer, so it was no surprise to see him win the Golden Boot for the third time in his career.

What would have come as a shock is his development as a playmaker. Incredibly, he not only added the Golden Boot to his shelf but also the Playmaker Award, having accumulated 14 assists.

Only two players in Premier League history have topped both charts in the same season: Andy Cole (93/94) and Jimmy Floyd Hasselbaink (98/99)

Not long ago, there was some hostility towards Mason Mount, with many not understanding why he was starting for England. The midfielder responded perfectly by putting in several impressive displays.

His six goals and five assists have already earned him Chelsea’s Player of the Season award, and he could be in line for more.

It may not have been the season that Liverpool fans were hoping for, but Mohamed Salah has maintained his exceptional standards.

The Egyptian scored 22 goals, leaving him just one behind Kane in the race for the Golden Boot. He added a further five assists, making him one of the most productive players in the league.

Even when the Reds were going through a rough patch, Salah always looked like the one most likely to win games for them.

The final man in the shortlist and an outsider for the gong is West Ham’s Tomas Soucek.

Despite playing as a central midfielder, Soucek has been the Hammers’ top scorer, netting ten while assisting five.

The Czech Republic international was a huge contributor to David Moyes’ side, who shocked the league by qualifying for the Europa League.