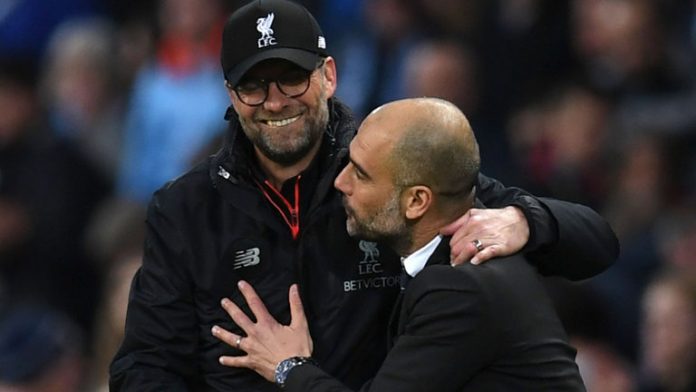 This season’s Premier League title race looks poised to go down to the wire, with either Manchester City and Liverpool set to claim the prestigious trophy.

The two sides have set a relentless pace at the top of the standings this term and it is unlikely to slow down between now and the end of the season.

The race will probably be decided over the final two weekends of the campaign and both sides will believe they can come out on top.

Read on as we assess what could be the pivotal games this season.

City are favourites with BetEasy to defend their title and a home game against Leicester should hold no fears for Pep Guardiola’s side.

They triumphed 5-1 in the corresponding fixture last season and have been in imperious form at the Etihad Stadium this term.

However, Leicester beat City 2-1 at the King Power Stadium earlier in the season and it would be foolish to completely dismiss their chances of springing another surprise.

City’s 2-1 defeat at Newcastle during January handed Liverpool the initiative in the battle for the title, but the Reds allowed their rivals back into the race with some poor performances over the following weeks.

Liverpool are unbeaten in their last four meetings with the Magpies, but haven’t won at St James’ Park since a 6-0 success back in 2013.

Newcastle boss Rafa Benitez would love nothing more than to put one over his former club and this game is a potential banana skin for Liverpool.

City are unbeaten in their last six league meetings with Brighton, winning five and drawing one of those matches.

Goals by Raheem Sterling and Sergio Aguero sealed a 2-0 victory in the reverse fixture back in September and this should be another comfortable afternoon for City.

Brighton could be safe from the threat of relegation by the time May comes around and their players may be in holiday mode for this game.

Wolves have been hugely impressive on their return to the Premier League and have proved a thorn in the side of many of the top six teams this season.

Liverpool won 2-0 at Molineux in the league during December, but were beaten 2-1 on a return visit in the FA Cup the following month.