One of English football’s well-documented theories is the infamous ‘Fergie Time’. According to Urban Dictionary, ‘Fergie Time’ is defined as any amount of time that a match is played after the said amount of added time. Manchester United’s legendary ex-manager Sir Alex Ferguson is usually on the wrong end of the grievances of fans of disgruntled clubs, who contrive to lose whilst conceding goals in injury time to Ferguson’s Manchester United. 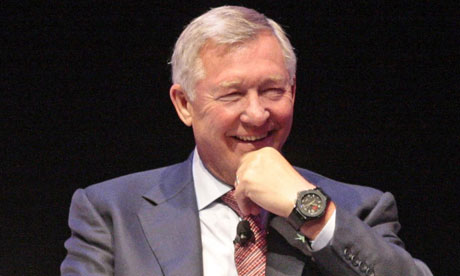 With Ferguson no longer around in the English game, is it time to put to bed the idea of ‘Fergie Time’? The great myth of “Fergie Time’ will forever be etched in Manchester United lore, but can we still associate the Red Devils with making the most use of injury time, after more than two years since the retirement of Ferguson?

The answers to the above questions are provided by some insights courtesy of Global Watchshop. And the results are interesting, for Manchester United fans and non-fans alike. From the data collected for the 2014/15 Premier League season, the team which enjoyed the highest amount of injury time last season was, surprisingly, Newcastle United.

And it is not that Manchester United are somewhere close to Newcastle in the injury time stakes; St James’s Park is followed in second place by Crystal Palace’s Selhurst Park, where, on average, 5 minutes 13 seconds injury time was awarded throughout the 2014/15 season. Everton, Hull City and West Ham United enjoyed the third most minutes of injury time; all three teams’ home stadiums saw 5 minutes 9 seconds stoppage time being awarded, on average.

Manchester United, the beneficiaries of ‘Fergie Time’ throughout the years, find themselves down in 15th place, with 4 minutes 38 seconds being the average injury time at Old Trafford last season. That is almost two-thirds of a minute less than what St James’ Park enjoyed last season. The common opinion that the big clubs enjoy a sizeable amount of stoppage time at home is also far-fetched.

Among the top six clubs, Manchester City’s Etihad Stadium and Tottenham Hotspur’s White Hart Lane settle for mid-table mediocrity in 10th and 11th on the list of stadiums where the maximum amount of injury time was awarded last season. United’s Old Trafford is in 15th, and the bottom places are occupied by Stamford Bridge, Emirates Stadium and Anfield, in that order.

Chelsea lifted their fourth Premier League title last season, and it seems they managed to do so without much help from the number on the fourth official’s board. Stamford Bridge saw only 86 minutes of stoppage time in total last season, while the Blues never scored after the 90 minute mark. Ideas that big clubs are often on the positive end of injury time luck look to be baseless, from what we saw last season at least.

To be fair to the referees even, a quick look at the division’s 17 officials last season shows that other than Lee Probert, Neil Swarbrick, Chris Foy, Phil Dowd and Mark Clattenburg, referees in the Premier League stuck to the average stoppage time of four and a half minutes last season. The consistency is there for all of us to see.

The only conclusion which can be drawn from the above stats is Manchester United are no longer the injury time mavericks. Apart from enjoying relatively less amount of stoppage time, their game-defining contributions rarely come at the death. Without the romance and controversies of ‘Fergie Time’ magic, Old Trafford is turning into another regular Premier League ground. It’s stigma is all but over which has taken away with it the sense of the special from Manchester United, who are no longer the kings of injury time.