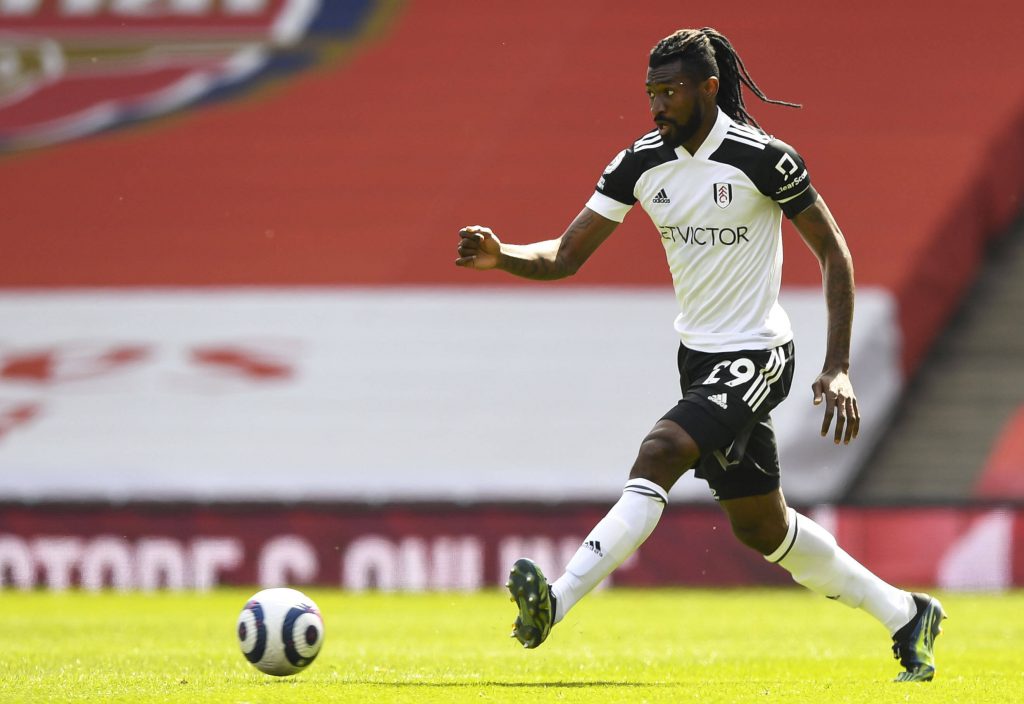 Premier League duo Arsenal and Aston Villa have joined Everton in tracking Fulham midfielder Andre-Frank Anguissa, who could be available this summer.

The Cameroon international has played 33 games during the campaign, impressing in both offensive and defensive phases of play.

Everton were recently linked with a move for Anguissa, with the Mirror suggested that Carlo Ancelotti was considering a move for the midfielder.

The Mail have now backed that up in a separate report but have also suggested that Arsenal and Aston Villa are monitoring Anguissa’s situation.

It is said that Everton would need to sell before purchasing Anguissa, which could give their rivals the upper hand.

It is also claimed that Arsenal manager Mikel Arteta wants to play a double defensive midfield pivot, and Anguissa is one player being considered for the role.

The Mail also claim Villa will look to strengthen in midfield and attack over the summer.

Fulham would reportedly want £20 million to allow Anguissa to leave.

SL View – Would Anguissa be a good signing for Arsenal, Aston Villa or Everton?

While Anguissa was part of a relegated team, the midfielder’s stock has only risen since returning to Fulham from a loan move with Villarreal.

Possessing great technical ability, Anguissa can have an effect both in attack and when sitting in front of the back four.

That is something both Arsenal and Everton certainly lack right now.

With Dani Ceballos and Martin Ødegaard both set to return to Real Madrid this summer, Arsenal will be short on midfielders and Anguissa is a great option at just £20m.

It would be a mistake for any one of the three clubs interested not to push for Anguissa’s signing in the summer transfer window.