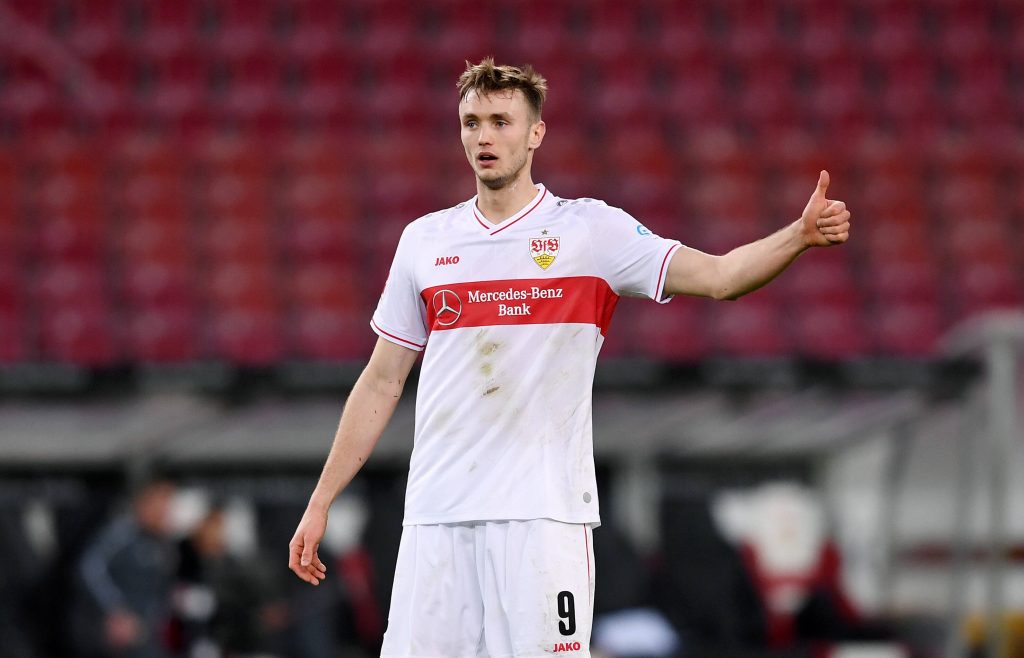 A number of Premier League clubs could be set to compete with RB Leipzig for the signature of Stuttgart striker Sasa Kalajdzic this summer, as reported by German publication Bild (via Transfermarkt).

Kalajdzic has enjoyed a fine season in the Bundesliga. He is the league’s sixth top scorer with 13 goals – despite making only 15 starts. And, at just 23 years of age, the Austrian is expected to have a bright future.

His form has got several clubs across Europe keeping an eye on the forward. Liverpool, Everton, Newcastle United, and West Ham United have both been linked from the Premier League, while Juventus have also been named as possible takers. Despite this, Leipzig remain the most likely destination.

It has now been claimed that Stuttgart want a fee in the region of £21 million for Kalajdzic, according to Bild (via Transfermarkt).

Most clubs involved will be in the market for a striker in the coming years. For example, West Ham currently have only one striker on their books – 30-year-old Michail Antonio. Another forward will be needed if they wish to build on their positive season.

Any move by Liverpool could depend on the future of Divock Origi. The Belgian has been heavily linked with a move away from Anfield this summer, having started just two league games all season.

Meanwhile, Newcastle will be hoping for someone who can relieve the pressure on top scorer Callum Wilson. Back up strikers Dwight Gayle, Joelinton and Andy Carroll have managed just three goals between themselves in 50 combined league outings.

As for Juventus, their pursuit of Kalajdzic could depend on whether Cristiano Ronaldo and Paulo Dybala stay or go in the summer. Both have been linked with transfers away following an underwhelming season for the Italian giants.

Nonetheless, Leipzig are believed to be the main suitors for the Austrian’s signature. Die Roten Bullen will want reinforcements to maintain a title challenge and finally dethrone Bayern Munich.