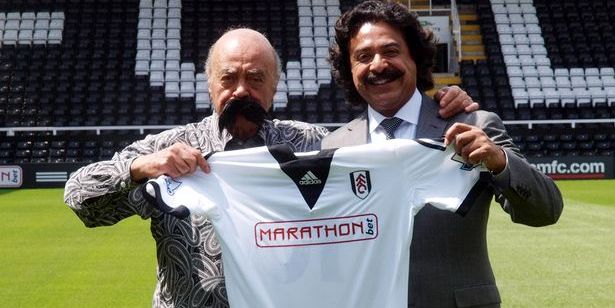 Fulham is a great example of an archetypal well run mid-table club. There is always a sense of security at the Craven Cottage. They have always been a steady presence, ever since Mohamed Al Fayed bankrolled their ascension in the Premier League during the early millennium.

However, Al Fayed has chosen to hand over the reigns to yet another worthy owner, who is richer than him – Shahid Khan. Under Fayed, the future never looked bleak, nor did it look too bright, but the Cottagers can hope for a bright future under their new ownership.

And so far, the signs are pretty encouraging. Fulham have not gone for random signing, finding top names; rather they have done astute businesses so far. They are looking to steady the ship under Martin Jol, get into top half of the table with an intention of getting into Europe.

Last season, they purchased Dimitar Berbabtov for only £5 million and he proved to be one of the signings of the season. But, apart from the former Manchester United star, who scored 15 goals in the league last season, none of the other players could reach double figures.

This has prompted Jol to delve into the transfer market and as per the reports, the Londoners are looking to sign the Aston Villa striker Darren Bent, who has become a sort-of-outcast for the Villans after falling out with manager Paul Lambert.

However, the supply line has been bolstered this season with the purchase of Adel Taarabt on loan from QPR. While Bryan Ruiz remains the creative marvel of the side, the Costa Rican’s inconsistence has prompted Jol to go looking for another creative spark. However question marks remain whether Ruiz/Taarabt will at all fit in the 4-4-2 system, should Bent arrives at the club before the window closes down.

Fulham have invested judiciously to improve the defensive front. They have replaced the veteran goalkeeper Mark Schwarzer, who joined Chelsea with an able deputy from Roma Maarten Stekelenburg for £4.9 million.

Sascha Riether, the 30-year-old right-back joined the club permanently from Cologne for just over £1 million. The German, was one of the top performers for Fulham last season, providing more crosses than any other full-back other than Leighton Baines.

The central defence area has been bolstered with the purchase of Fernando Amorebieta from Athletic Bilbao on a free transfer. Probably, they need a solid left-back to cover for or an upgrade on the 32-year-old John Arne-Riise.

Last season Fulham won fewer points than any other team after falling behind, which shows the team lacks the mettle to fight back. This is something Jol will have to take a look at in the summer. Expect Fulham to enjoy a typical Fulham-like season.