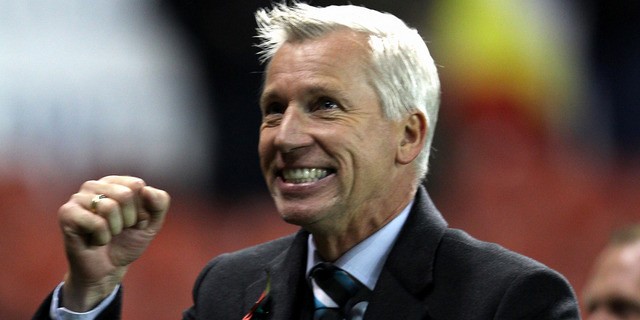 Last season went horribly, yes horribly wrong for Newcastle United. Pundits tipped them to finish well within top 10, having bagged a fifth spot the season before. But, all they did was, fight a relegation battle, and scrape it in the end, finishing on 16th.

Manager Alan Pardew’s job will be under intense scrutiny, especially with the appointment of Joe Kinnear as the Director of Football. Pardew would be still wary of the new set-up, having lost a key boardroom ally in Derek Llambias, who was the former managing director of the club.

Few things didn’t go in favor of the Magpies last season. Pardew has assembled a very good squad, though thin, possessing few top players like Tim Krul, Yohan Cabaye, Fabricio Coloccini, Moussa Sissoko and Hatem Ben Arfa. In theory, with players like these, they should finish much higher than what the league table suggested last term.

One of the central problems that plagued their season was injuries to key players. Pardew’s team was ravaged with injuries last season, almost leaving them to bare bones at times. Ben Arfa, Cabaye, Krul, Coloccini, Steven Taylor et al suffered injuries for long spells at some point of the season, making life hard for the manager to field the best eleven always.

Secondly, due to such weakened squad, Pardew had to delve in the transfer market in January when he bought himself a pool of French contingent at St James’ Park. However, new players took time to settle properly and quite understandably, the results were affected.

Also, Newcastle had to sell striker Demba Ba to Chelsea in the winter transfer window and couldn’t replace his contributions with another striker within such a short period of time, adding further burden on the shoulders of Papiss Cisse. The Magpies were close to signing Loic Remy, but the French striker chose to join the relegated QPR instead.

Pardew will be hoping to get all his star players in fit shape this time around. The club has appointed Faye Downey, a fitness consultant, and so far responses and feedback from the players are thought to be positive.

Further, there will be no distraction of European games this time around. Newcastle can fully focus on the domestic competitions and try and improve their league position. The January signings have now settled in nicely and a lot will be expected from them too.

Getting a good striker in the market was one of Pardew’s prime headaches in the summer. The club has finally signed Loic Remy, albeit on loan, and he will be expected to share the goal scoring burden with the Senegal international.

Pardew will still look to sign another solid striker on a permanent basis before the transfer window closes down. Also, there are questions of the optimal formation. Will Pardew revert back to 4-3-3 that saw them play fluent and fluid football in 2011-12 or will he continue with latest trend of using 4-2-3-1?

Newcastle can still enjoy a very good season, may be a top half finish as well, provided Pardew’s squad doesn’t get ravaged by injuries like the last term.