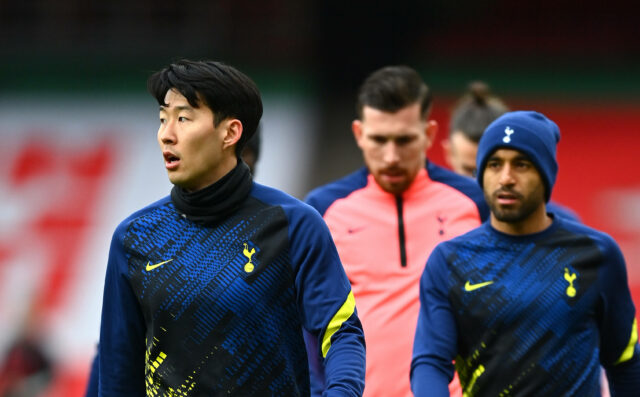 Tottenham Hotspur will face Manchester United in the Premier League on Sunday.

Spurs have got a full week to prepare for this crucial clash as they look to return to winning ways following a disappointing 2-2 draw against Newcastle United last time out.

Jose Mourinho’s side won 6-1 at Old Trafford earlier this season and has almost a full squad to choose from this time around, with Ben Davies and Matt Doherty the only absentees.

However, he is likely to make a few changes to starting XI.

Davinson Sanchez has done well recently, but following his sloppy performance against the Magpies, he could be dropped here.

Both Toby Alderweireld and Serge Aurier should come in after their two-match absence, with the Belgian defender likely to start alongside Joe Rodon in central defence.

Spurs have deployed a counter-attack strategy against big teams this season, and the results haven’t always gone in their favour.

They need to create more chances and should play with more positive intent at hone as they chase for the top-four spot.

Gareth Bale and Erik Lamela may also come in, while Son Heung-Min is in line to play. The 28-year-old’s return would be a major boost for Spurs.

In other news, Tottenham are leading the race to sign West Brom goalkeeper Sam Johnstone.