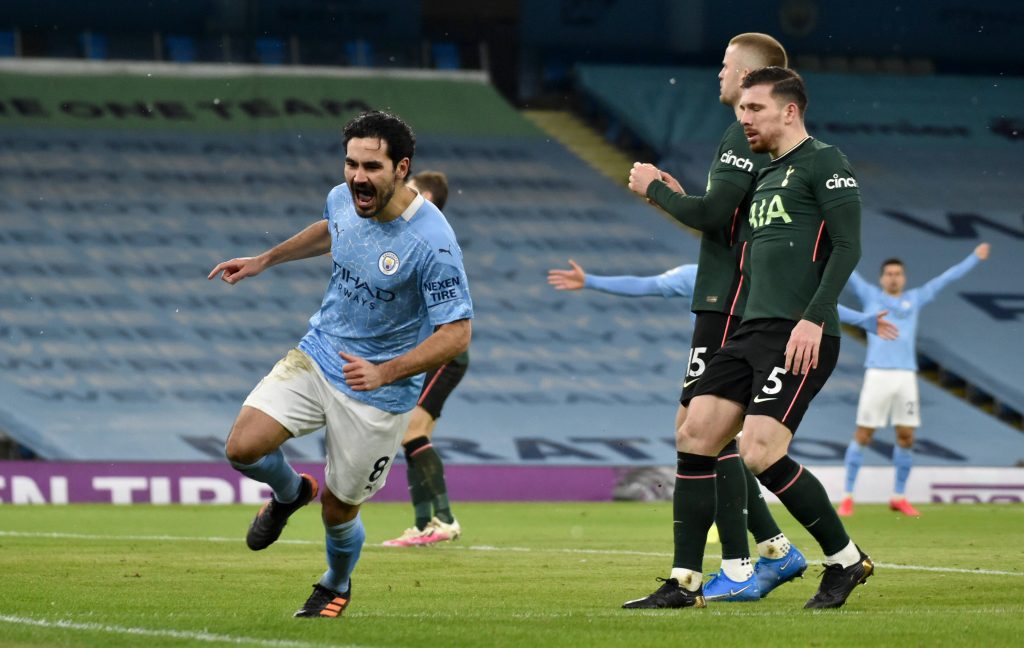 The Cityzens are on a stunning 21-match winning run and have won their last 15 games in the top-flight.

They have an unassailable 12-point lead at the top of the standings and have the chance to extend the advantage.

Their recent league record in the Manchester derby has been poor, with one draw and two defeats in three meetings.

Pep Guardiola will want his side to end the winless streak to go 15 points ahead of Leicester City at the top of the table.

Ederson has been unable to keep clean sheets in back-to-back games. He is still leading the Golden Glove race (15 shutouts) and will be aiming for a strong performance in the derby.

Guardiola should go with his strongest backline, and that should see John Stones return at the heart of the defence to partner Ruben Dias.

Kyle Walker is likely to continue at right-back with Joao Cancelo operating on the opposite side, which has been the case when both play together.

In the centre of the park, there should be a solitary change with Bernardo Silva dropping to the bench.

Rodri is a definite starter in the holding midfield role ahead of Fernandinho.

Kevin De Bruyne is set to start a third league game running and is likely to be accompanied by Ilkay Gundogan.

Gundogan has had a sensational scoring season, and he often brings the best out of him in the big matches.

The German netted braces against both Liverpool and Tottenham Hotspur last month.

Further forward, Riyad Mahrez is likely to keep his place on the right wing.

He had a superb showing against Wolves in midweek, where he scored and played a part in two other goals.

Raheem Sterling is likely to continue on the opposite flank while Gabriel Jesus may lead the line ahead of Sergio Aguero.

Guardiola has previously opted for Phil Foden in the false number nine role with Jesus starting on the bench.

However, the Brazilian will be hard done by to be dropped after scoring twice against Nuno’s side on matchday 26.

In other news, Mark Lawrenson has stated his prediction for the Manchester derby.