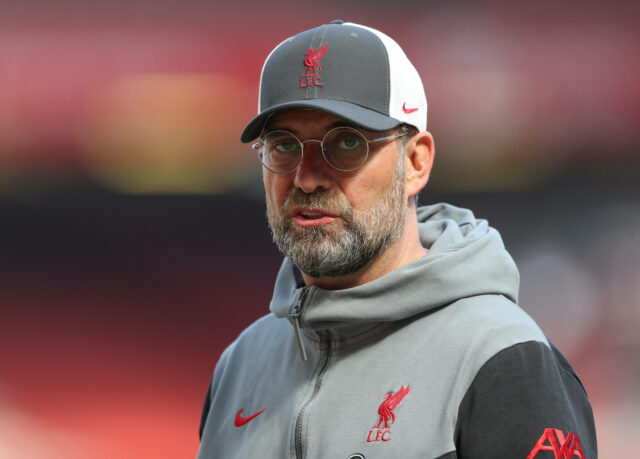 Liverpool will travel to Old Trafford to face Manchester United in the Premier League on Sunday.

The Reds need to win their remaining five games to have any chance of finishing in the top four.

Jurgen Klopp’s side created loads of clear-cut chances against Newcastle United, but they failed to convert those. In the end, they ended up earning a frustrating 1-1 draw.

Natt Philips is once again set to be absent. It is unclear whether Klopp will continue with Fabinho at the back alongside Ozan Kabak or start with young Rhys Williams.

Curtis Jones made a return (as a substitute) against the Magpies in the last match. He is likely to play some part here as well.

Liverpool started with four forwards against Newcastle, but Klopp will look to have more control on the road in the middle of the park.

In that case, either James Milner or Jones could start alongside Gini Wijnaldum and Thiago. Diogo Jota, 24, is likely to drop out.

The Reds are undefeated in their last four games in all competitions, but they need to convert draws into victories.

By contrast, Manchester United have recorded six wins out of their last seven games in all competitions.