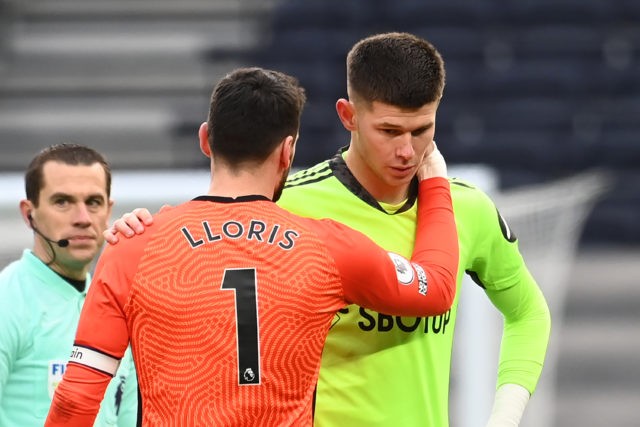 Leeds United will travel to St James’ Park to face Newcastle United in the Premier League on Tuesday evening.

The Whites have lost their previous three matches in all competitions.

Marcelo Bielsa’s side are heading into this game on the back of a 1-0 defeat against Brighton at Elland Road, and Leeds will be hoping to return to winning ways.

Newcastle are going through a wretched run of form at the moment, having failed to register a win since mid-December. With both teams struggling for form and points, it looks like it is a massive game for the Whites.

Goalkeeper: Illan Meslier – who is on £16k-per-week deal at the club – is expected to return to the side after missing the past few games with health issues.

Defence: Diego Llorente is expected to make his first start for Leeds in the Premier League. The Spaniard’s previous appearance came when he came off the bench against Chelsea in December.

The summer signing from Real Sociedad will partner Liam Cooper at the back. Luke Ayling will take up the right-back role, while Stuart Dallas will be shifted to left-back. Gjanni Alioski, 28, is likely to miss out.

Midfield: Kalvin Phillips served a one-match suspension against Brighton and he was badly missed. The England international is set to replace Pascal Struijk, while the likes of Jack Harrison, Rodrigo, Raphinha, and Mateusz Klich should keep their places in the side.

Forward: Patrick Bamford, the first-choice striker, is set to lead the line.