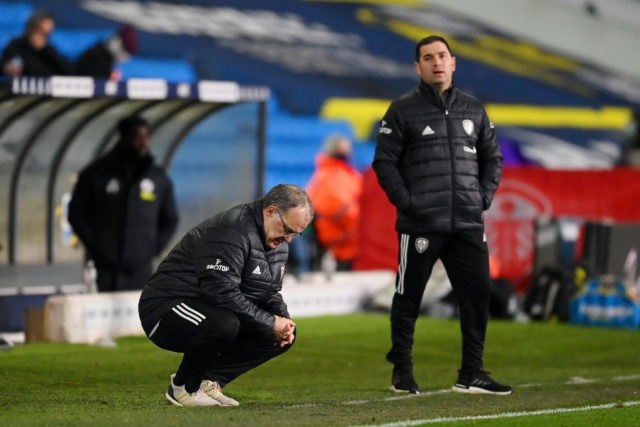 Leeds United will travel to Selhurst Park to face Crystal Palace on Saturday, and you can watch this game and other Premier League games live online.

The Whites have picked up just one win in their last four games, and are heading into this match on the back of a 4-1 defeat against Leicester City.

Tv info: The match is on BT Sport Box Office.

Leeds are missing several key players for this game, but Marcelo Bielsa’s side have shown they can score away from home.

Goalkeeper: Despite the fact that Illan Meslier conceded 13 goals in seven matches already, he has hardly put a foot wrong, and therefore he is an obvious starter.

Defence: Diego Llorente remains sidelined this weekend. The defence looked ropey in recent games, and Bielsa may make some changes. Skipper Liam Cooper could be dropped, with Luke Ayling playing in his position alongside Robin Koch. Ezgjan Alioski may come into the side at left-back, with the versatile Stuart Dallas slotting in the right-back role.

Midfielder: England midfielder Kalvin Phillips is still nursing his injury and won’t take any part in the game. Pascal Struijk is likely to continue in defensive midfield in his absence.

The Whites will be without summer signing Rodrigo until after the international break after he tested positive for COVID-19 at the end of last month. Although Raphinha remains an option, Bielsa is likely to continue with the quartet of Mateusz Klich, Jack Harrison, Pablo Hernandez and Helder Costa.

Forward: Patrick Bamford has been in good form this season, and he is likely to lead the line again. He missed a couple of sitters against Leicester and will be desperate to find his scoring touch once again.