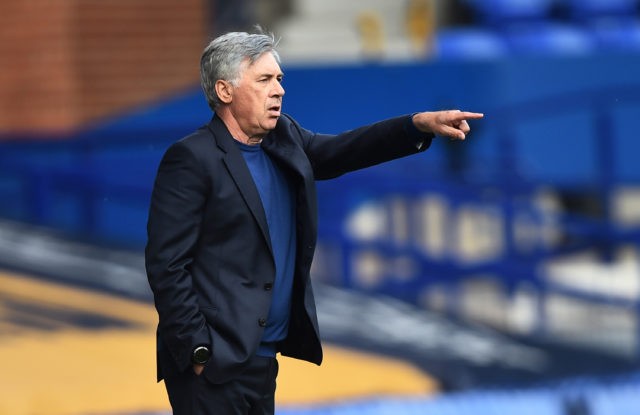 Everton will take on newly-promoted Premier League side West Bromwich Albion on Saturday at Goodison Park.

The Toffees made a strong start to the 2020-21 campaign after earning a 1-0 victory against Tottenham Hotspur on the opening fixture away from home.

It was followed by a 3-0 victory against Salford City in the EFL Cup in the midweek, where Carlo Ancelotti made ten changes to the squad.

Although the likes of Anthony Gordon, Gylfi Sigurdsson, and Moise Kean impressed during the game, it is hard to see them retaining their places against the Baggies.

Everton have defensive injury issues with Jarrad Branthwaite joining Mason Holgate on the sidelines with an ankle problem sustained against Salford City.

However, midfielder Alex Iwobi is available again after an unspecified injury. Fabian Delph is still recovering from injury, while Cenk Tosun and Jean-Philippe Gbamin are long-term absentees.

Ancelotti is likely to name the same starting line-up that won against Spurs, which means he will once again make ten changes from the side that won in midweek.

Kean impressed in the last match, and he would be looking to get regular game time this season. However, Dominic Calvert-Lewin, 23, is likely to start, with all three new signings – Allan, Rodriguez, and Doucoure should make their home debut.