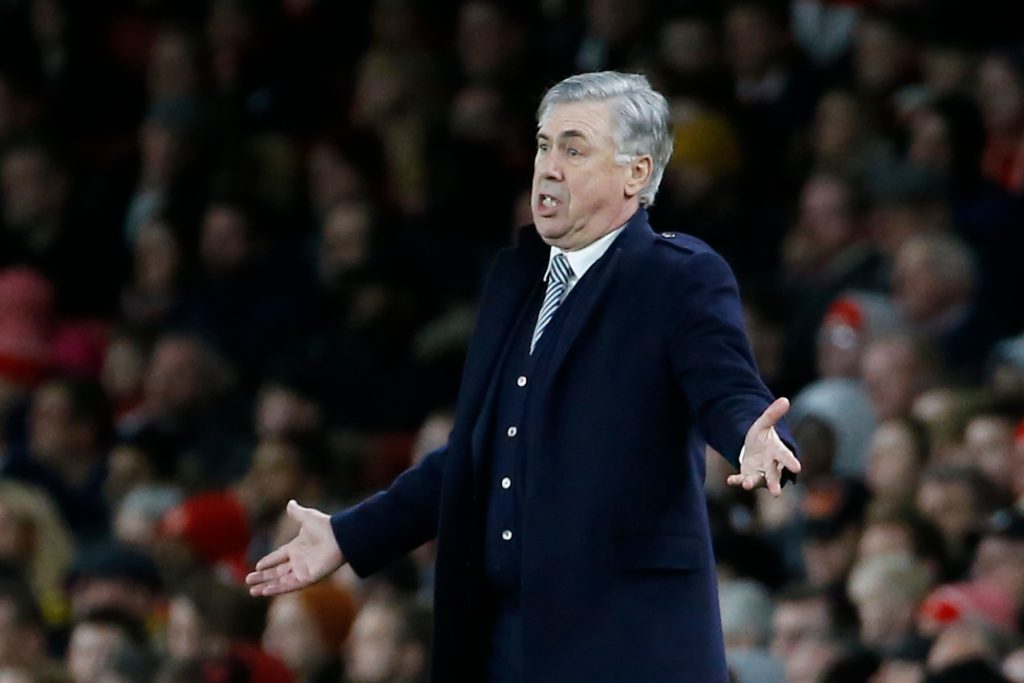 Everton will face Manchester United at Goodison Park on Sunday in the Premier League.

The Toffees are in good form under Carlo Ancelotti having lost just once in their last six games.

However, they are heading into this game on the back of a 3-2 defeat against Arsenal, and now face another tough challenge against the Red Devils who are aiming for a top-four finish.

Ancelotti has a selection dilemma ahead of the game after the club confirmed yesterday that Morgan Schneiderlin has undergone surgery on a knee problem.

The French midfielder suffered the injury during the first half of last weekend’s defeat against the Gunners, and may not play again this season.

Djibril Sidibe was poor in the last match, and he is likely to be replaced by Seamus Coleman.

Andre Gomes made a strong impact after coming on a sub against the Gunners, and the Portuguese midfielder should be fit enough to start the game.

Gylfi Sigurdsson has struggled for form and has come under strong criticism from the fans for his poor performance against Arsenal. However, he should retain his place.

Ancelotti could start with Bernard on Sunday. The 27-year-old will bring balance and cutting edge with his craft and hard work alongside Dominic Calvert-Lewin and Richarlison upfront.