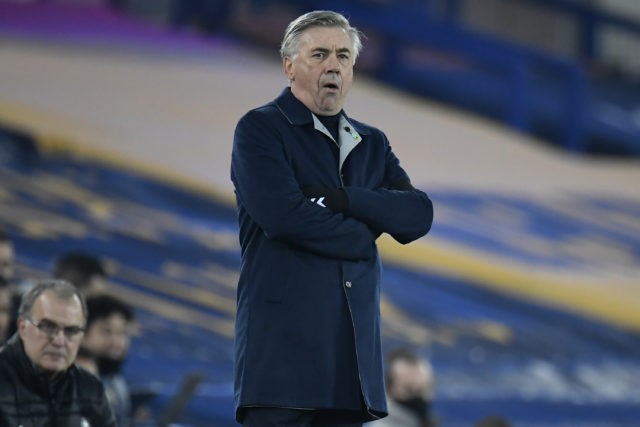 Tv Info: The match will be shown live on BT Sport 1 (UK)

Carlo Ancelotti’s side will be looking to bounce back following their 1-0 defeat against Leeds in their last game. They are up against the Clarets who have managed just one win in their last nine games in the Premier League.

After a positive start to the season, the Toffees are finding it hard to maintain their momentum, and Ancelotti will be hoping an upturn in results (along with performance), especially now he has almost a fully-fit squad to choose from.

This is the team we expect Ancelotti to select against Burnley:

Goalkeeper: Jordan Pickford, the first-choice keeper, is set to keep his place in goal.

Defence: Left-back Lucas Digne remains a long-term absentee. Ancelotti confirmed in the press conference that Niels Nkounkou will get some game time against Burnley.

The 20-year-old – who joined in the summer from Marseille – has only made four appearances in all competitions. However, he has always impressed whenever given the opportunity and could replace Alex Iwobi.

Seamus Coleman has returned to training but the game may have come too early for him.

Mason Holgate, 24, failed to make an impact in the last game. He is likely to be replaced by Yerry Mina to partner alongside Michael Keane.

Midfield: Summer signings – Allan and Abdoulaye Doucoure – have formed a formidable midfield partnership, while Tom Davies is likely to retain his place.

Forward: Ancelotti has finally found a system to get the best out of James Rodriguez who generally excels when relieved of his defensive duties. He is expected to feature alongside Dominic Calvert-Lewin and Richarlison.