Chelsea will host Steaua Bucharest in their final Champions league group stage tie on Wednesday evening; with the Blues able to win the group if they beat the Romanian Champions. 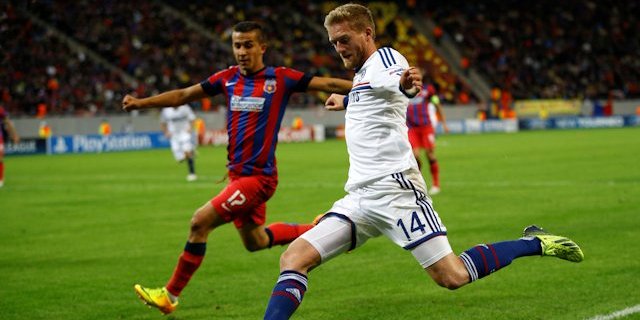 The Blues can still come first in Group E with a draw, but it will depend on Schalke 04 earning a draw with FC Basel, otherwise the equation may become tricky.

Chelsea have no new injury concerns going into this fixture, with Jose Mourinho able to pick from an almost full strength squad:

Defence: Ashley Cole is in line for a recall, after an extended spell on the bench due to Cesar Azpilicueta’s good form.

The right-back has excelled in recent weeks, despite the hindrance of not being left-footed; but with games coming thick and fast, Mourinho may choose to give the Spaniard a rest, giving Cole the chance to impress. David Luiz is still a major doubt with a knee injury, and will probably miss out.

Midfield: Andre Schurrle’s brace at the weekend, and fine performance overall, should earn him a starting berth once more; with Mourinho perhaps giving Eden Hazard a rest. Oscar is vying for a recall, after overcoming an ankle injury; as is Willian, with Juan Mata’s place in the lineup still not guaranteed.

Forward: It is anyone’s guess who will start up top for the Blues, with Mourinho expressing his discontent at the lack of goals scored by his front men after the defeat to Stoke. My money’s on Samuel Eto’o being given the nod.

Prediction: 3-1 – No clean sheet for the Blues once more, but a comfortable evening overall. Expect the striker, whoever it may be, to be among the scorers.