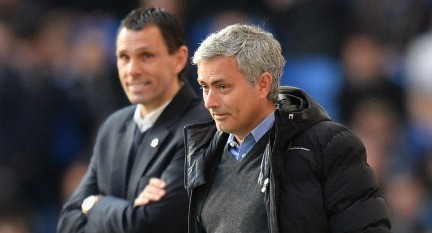 Chelsea will look to continue their unbeaten start to the season as they travel to the Stadium of Light to take on Sunderland in the late game on Saturday.

The Blues will have revenge on their minds, as it was a loss to the Black Cats that effectively prevented them from winning the Premier League title last season. Sunderland’s 2-1 win at Stamford Bridge in late April saw Jose Mourinho’s 86-game unbeaten streak at Stamford Bridge come to an end, and also smashed Chelsea’s hopes of overhauling Liverpool and Manchester City.

This season though, Chelsea have looked almost unstoppable. With 10 wins and 2 draws from their opening 12 matches, they sit pretty at the top of the table, with a 6-point lead over second-placed Southampton.

Sunderland, on the other hand, have only won once in their last 5 outings and are placed 14th, just 3 points above from the drop-zone. Gus Poyet’s side forged an incredible escape towards the end of last season and survived relegation, but they haven’t been able to consistently replicate that form this time around.

Chelsea have all their regulars fit for this one and Mourinho is expected to name the same line-up for the third game in a row. The 5-0 midweek win over Schalke in midweek was one of their most commanding and dominant performances of the campaign, and it is very unlikely that the manager will make any changes to the side that started in Gelsenkirchen.

Here is the possible Chelsea starting XI against Sunderland: 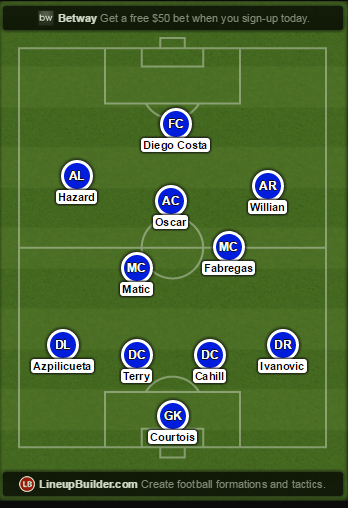 After their midweek demolition of Schalke, it is very difficult to see how Chelsea can be stopped in their current run of form. Sunderland have gone missing at times this season and got hammered, and they must be careful that that doesn’t happen on Saturday.

It should be relatively straightforward afternoon for the Blues.