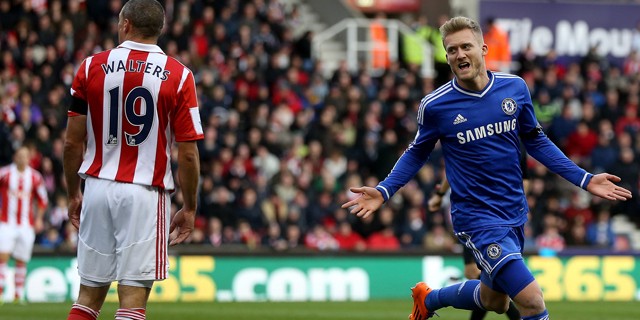 Chelsea somewhat collapsed towards the end of the season. Not only they failed to maintain their momentum in the title race, but also got eliminated from the Champions League semi-final stages.

However, Chelsea fans can still look back with pride and plenty of positives they can dereive from the first season in charge under Jose Mourinho. The summer is crucial for them and if the reports are to be believed, Mourinho is looking to make drastic changes to the side, in order to sculpt the squad to his own taste.

In the last match we saw, Ashley Cole broke down in tears, probably fearing his time at Stamford bridge is coming to an end, while this could be the final match for many other Chelsea stars as well, including Fernando Torres.

For Cardiff, they already know their fate but would be looking to end the season on a high and bring some smile back to the faces of their fans.

Chelsea could recall Azpilicueta in place of Cole. Ramires is suspended so expect either of Mikel or Van Ginkel to start or even Mourinho can go with Lampard as well. Oscar is doubtful so he probably won’t be used.

This could be the possible starting XI on Sunday for the Blues:

Prediction: 0-2; Chelsea players will be hoping to score on Sunday and end the season on a high. Expect a comfortable away victory.