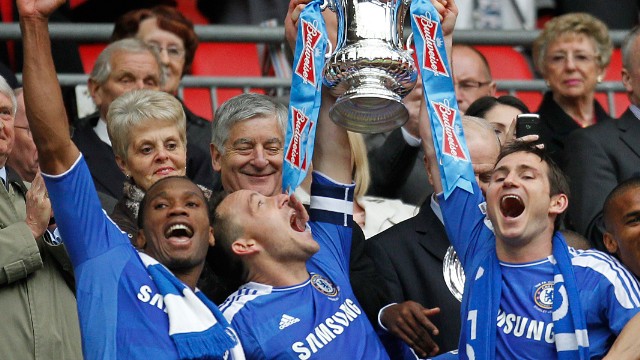 The FA Cup kicks off this weekend, and Premier League leaders Chelsea face Championship side Watford in the third round at Stamford Bridge on Sunday.

It’s been a turbulent week for Jose Mourinho’s men, who were dismantled by Tottenham Hotspur on Wednesday by a 5-3 scoreline. Manchester City’s win earlier that day meant that the two clubs are now level on points at the top.

The FA Cup is a trophy that is well-valued at Stamford Bridge, and the Blues have been the most successful club in the last decade in the tournament. Despite not winning it in the last two years, Chelsea won the cup 4 times between 2007 and 2012.

Mourinho’s one and only FA Cup triumph was back in 2007, and he will be looking to add to that tally.

Their third-round opponents, Watford, are managed by former Chelsea player Slavisa Jokanovic, who spent two seasons at Stamford Bridge between 2000 and 2002.

Chelsea are expected to make several changes to the side that lost at White Hart Lane. Petr Cech should replace Thibaut Courtois in goal, while Kurt Zouma and Filipe Luis are expected to play in defence. Courtois injured his finger on Wednesday, but was fit enough to complete the game, but he will most probably be rested on Sunday.

Ramires played 45 minutes against Spurs and showed promise. Mourinho has stated that even though the Brazilian is some time away from full match-fitness after recuperating from an injury, there are promising signs. He may well start the game on Sunday, alongside Nemanja Matic. Andre Schurrle is expected to feature, along with Mohamed Salah, with Cesc Fabregas occupying the number 10 position.

Loic Remy is expected to start up front.

Here is the possible Chelsea starting line-up against Watford: 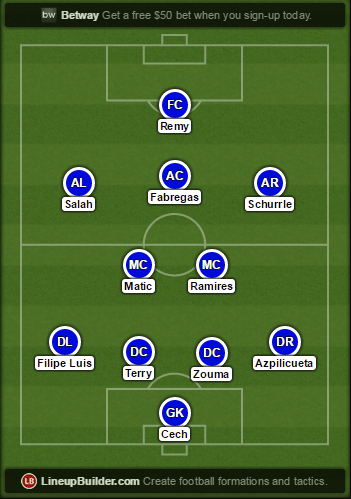 A relatively easy FA Cup home tie comes as a welcome distraction for Chelsea after Wednesday’s humiliation against Tottenham. Mourinho will be looking for a response from his men, and a big win for the Blues is expected here. Watford pose no real threat, and may be looking at damage-control if they let the game run away from them early on.