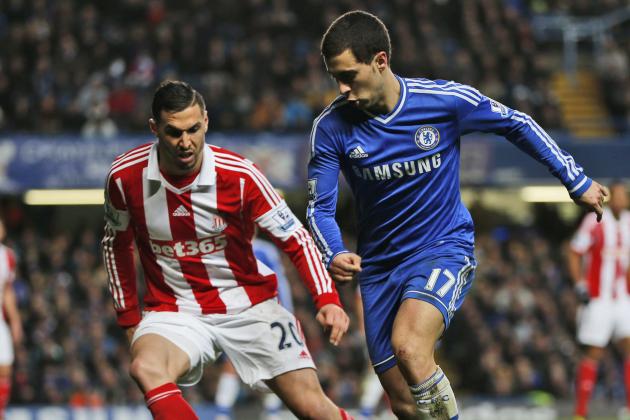 Chelsea travel to the Britannia Stadium on Monday night to face a Stoke City who are always difficult to beat at home. The pressure is well and truly on the Blues to get the three points after Manchester City’s win on Saturday. The defending champions brushed aside Crystal Palace 3-0 and moved level on points with Chelsea.

Jose Mourinho very well knows how difficult a trip to the Britannia is, having lost there last season. In a dramatic affair which swung back and forth throughout, The Potters snatched a last-minute 3-2 victory to put a major dent in Chelsea’s title hopes.

This year though, the Blues have looked a lot more assured. Two draws and one defeat from 16 games has seen them have one of their best starts to a campaign ever. Of late though, they haven’t been at their best and most of their victories have been edgy, scrappy ones.

With regards to team news, there is a lot of good news for Chelsea, with Thibaut Courtois set to return in goal following an injury layoff last week. Kurt Zouma, who picked up a head injury in the midweek Capital One Cup win away at Derby County has also recovered, but the Gary Cahill-John Terry partnership is expected to be reinstated. Oscar, Willian and Diego Costa were rested for that game but are expected to return for this one.

Here is the possible Chelsea starting line-up vs Stoke City: 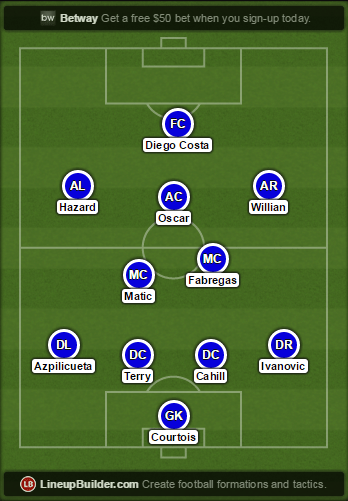 With Cesc Fabregas and Nemanja Matic back together in the side for the first time in three games, Chelsea are expected to dominate proceedings in midfield. The duo have been outstanding together, and are the key to break down a stubborn defence like Stoke’s. The home side are expected to give a real go, and with very few big sides managing all three points at the Britannia in the last two years, this will be a real uphill battle for Chelsea. But for a team hoping to be champions come the end of the season, such high-pressure games have to be won, and that is what we think Mourinho’s men will do.