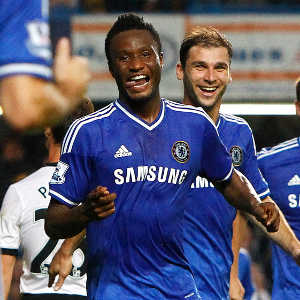 Chelsea will be looking to bounce back from their defeat last week against Newcastle United when they take on Hull City at Stamford Bridge on Saturday. The Blues’ unbeaten run of 14 league games this season came to an end at St. James’ Park, and their lead at the top of the table was cut to 3 points.

Jose Mourinho’s men did though, win their midweek Champions League game against Sporting Lisbon 3-1 to qualify to the knockout stages as runaway winners of Group G. They now turn their focus back to the Premier League, and look to get their title surge back on track.

Their opponents Hull are winless in 8 games and this dismal run of results has seen them enter the bottom 3. Recent results include draws at both the Emirates Stadium and Anfield, but they were trounced by Manchester United at Old Trafford a couple of weeks ago.

With regards to team news for Chelsea, talismanic midfielder Cesc Fabregas is suspended for this one after picking up his 5th yellow card of the season against Newcastle. The Spaniard leads the race for most assists this season with 11, but the Blues will have to make do without him on Saturday. John Obi Mikel, who has started the last 2 games, is expected to play alongside Nemanja Matic in front of the back 4.

After being rested in midweek, Oscar, Willian and Eden Hazard are all expected to return to the starting line-up. Goalkeeper Thibaut Courtois and defenders Branislav Ivanovic and John Terry were also given days off on Wednesday, but will start on Saturday.

Diego Costa has 11 league goals to his name this season, but has now gone 4 games without scoring in all competitions. The Spaniard will be looking to break his duck as soon as possible.

The following is the possible Chelsea starting line-up vs Hull City: 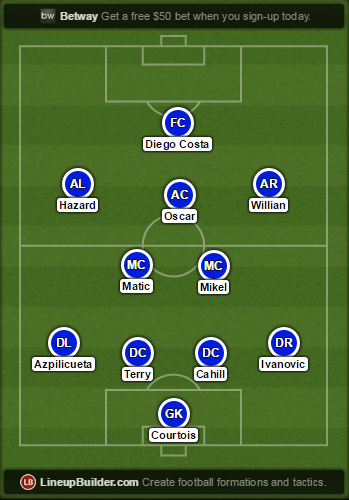 This home game presents the perfect opportunity for Chelsea to banish last week’s defeat and push on in their quest for the title. Hull City’s recent form has been woeful, and it should be a comfortable afternoon for the home side.