Cristiano Ronaldo’s last-second cross for Varela’s headed equalizer against the USA on Sunday, kept Portugal’s World Cup dream alive. The Mediterranean nation were rescued right on the brink of following in the footsteps of neighbors Spain, by losing their first 2 games and heading home on the first flights out of Brazil.

Tomorrow they take on Ghana, their final Group G opponents at the Estadio Nacional in Brasilia, with both teams needing a win and for the Germany v USA game to have a loser. 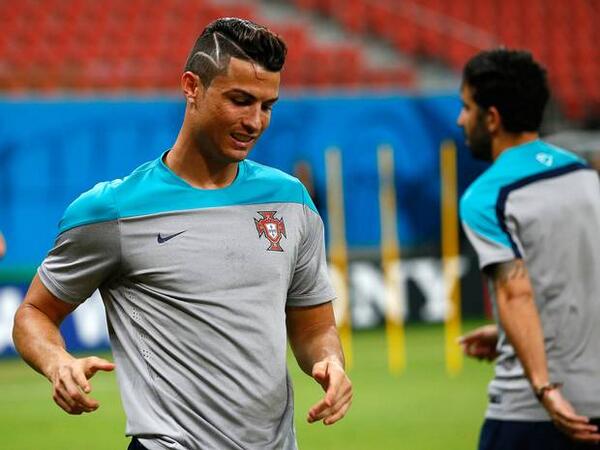 With another roll of the dice, the Portuguese will go gunning for Ghana, needing a convincing win, as well as a helping hand from one of their first 2 opponents. If USA and Germany draw, this result is irrelevant, but if the Portuguese do get the rub-of-the-green from the Recife game, they will still need to overcome at least 5 goals of differential deficit. The Africans have 3 goals less to be recovered.

Portugal have failed miserably to live up to expectations this World Cup, especially superstar Cristiano Ronaldo, who has only shown occasional flashes of his brilliance so far. Coentrao is still out with injury and is joined on the recovery bench by Helder Postiga, who has always been more prolific for country than club.

Ghana have put in two very good performances to date in Brazil, dominating much of the play despite defeat to the US and holding the group’s top seeded team to a hard-earned draw. They have players able to score in Ayew, Gyan and Asamoah too, so Portugal will have to watch the counter attack, in their all-out assault game-plan.

Portugal will be fervent in attacking the Ghanaian goal and I see them being successful in the most part but also leaving gaps at the back that Ghana have the ability to exploit. Their 4-goal deficit will be their undoing, proving too big to turnaround and will suffer because of their mandatory attacking play.