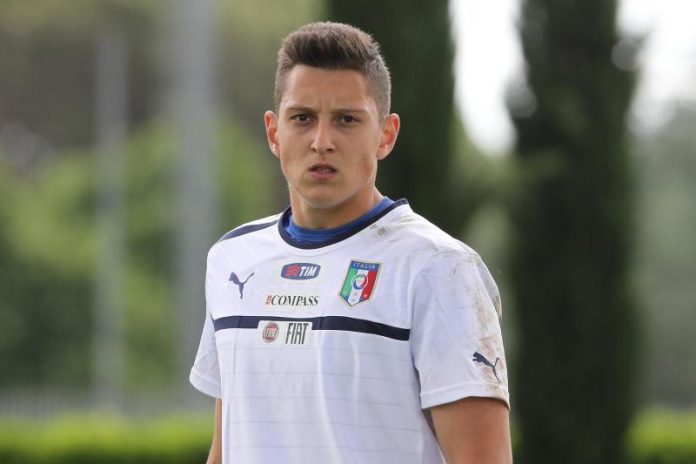 Manchester United goal keeper Pierluigi Gollini is all set to complete his move to Italian outfit Hellas Verona, according to reports from the ever reliable Gianluca Di Marzio.

The 19-year-old goal keeper has completed his medical and expects the deal to be formally announced within next week.

The young goal keeper was signed by Manchester United from Fiorentina three years back. Initially struggled to make any sort of impression, but later became one of the key performers for the United junior and reserve teams, but couldn’t make the senior grade.

Earlier this month, Italian newspaper Gazzetta dello Sport reported that the player is all set to leave the club and now Di Marzio reports that only official announcement is missing.

He made his junior debut for Stoke City and did put up an impressive performances over the last seasons, but feels his chances of making into the senior team is almost impossible at the moment, and decided not to renew his contract at Old Trafford.

Gollini however is seen as one of the brightest prospects in world football. He feels he needs regular game time and decided to return back to native land to start a new journey with Hellas Verona.