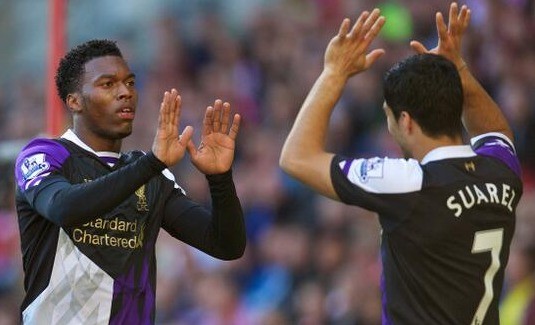 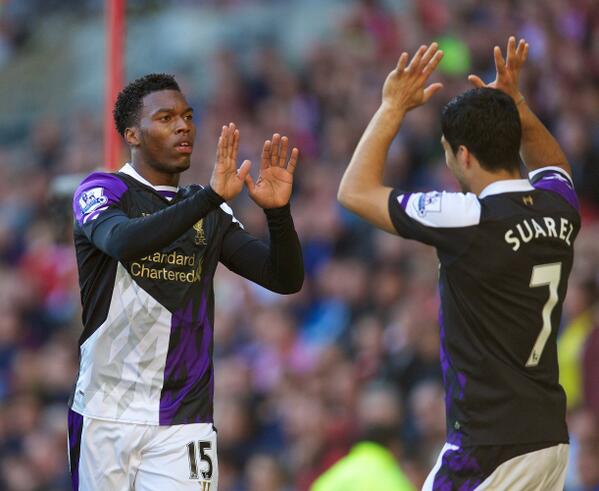 Liverpool manager Brendan Rodgers has hailed the strike partnership of Luis Suarez and Daniel Sturridge as the best in the Premier League, after the duo helped the Reds earn full three points against Sunderland at the Stadium of Light on Sunday.

The duo scored all the goals between them, with Suarez netting a brace while Sturridge took his goal tally to five in the league in six matches. The England international was involved in two assists for Suarez as well. 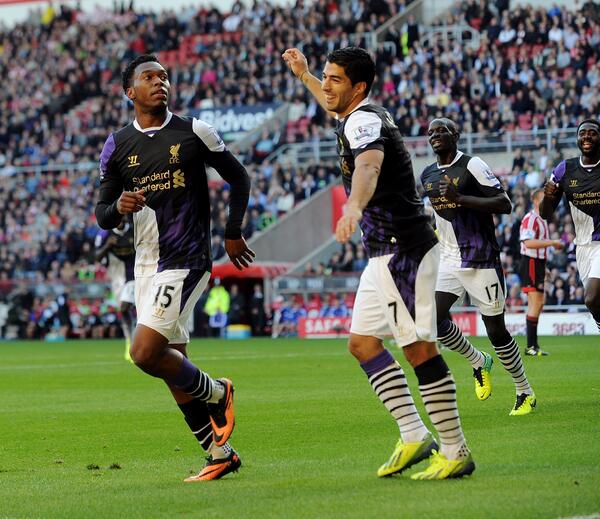 “I’m not sure there’s two better in the league, in all honesty,” said Rodgers as quoted in the club’s official website.

“Those two are right up there with the best in the country. You saw that today. Those two will only get better; you see the understanding. We have done a lot of work with them together in training. They looked very bright today.”

Sturridge opened the scoring for the Reds with a header that touched his arm on the way which the ref had failed to spot. For the second goal, Sturridge received the ball on the right flank after a peach of a pass from Gerrard, and using some deft skills placed the ball nicely in the path of advancing Suarez to poke in from close range.

The duo combined superbly for the third goal as well that came from a sharp counter-attack. Sturridge dribbled past his marker and placed the ball nicely for the Uruguayan to slot home with his left foot. The victory has put Liverpool in the second place, two points behind Arsenal.