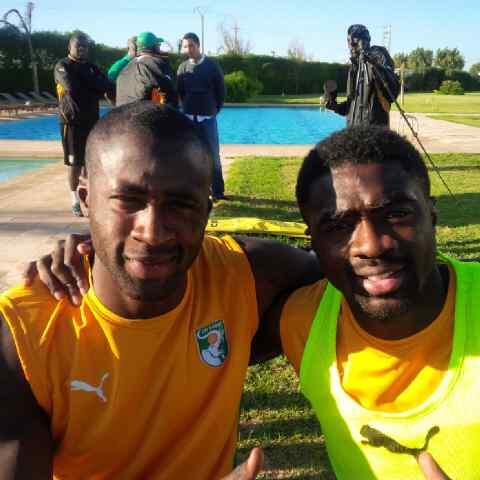 Man City midfielder, Yaya Toure, has played down rumours that he is ‘not interested’ in playing for the club.

“People close to Manchester City tell me Yaya Toure is not very happy and he’s one of their great players,” Marsh told talkSPORT.

“When you start to hear rumblings from within the camp, and you see the way Toure played last weekend, when he was strolling around and didn’t look interested, I’m wondering now if it will all go a little bit the other way.

“It looks like they’re throwing billions of pounds at players but keep coming up short. I think this season could end in tears at Man City.”

With the club now six points behind leaders Arsenal in the race for the title, one could forgive City players for feeling a little glum. However, this is not the first time Toure’s state-of-mind has been the subject of question during his City career.

But the 30-year-old has moved to quash these latest rumours.

He posted on Twitter: “Hey buddies, don’t listen to the rumors [sic], I’m happy at city..the Toure brothers are in Casa and are missing Manchester.”

Hey buddies, don’t listen to the rumors, I’m happy at city..the Toure brothers are in Casa and are missing Manchester pic.twitter.com/ObNDjmMij4

While Yaya’s friendly update will appease some, Rodney Marsh’s words hint at deeper problems at the club.

The idea of discontent in the ranks, so soon after the appointment of Manuel Pellegrini, will undoubtedly cause real concern within the City fan base.

They will want an immediate response, and with a home tie against Tottenham next on the agenda, Toure and co have the ideal platform to show their enduring passion for the City cause.