Aston Villa boss Steve Bruce has said that signing Yannick Bolasie on loan from Everton will be an ‘icing on the cake’ as he hopes to land him on Thursday.

The winger was spotted in the stands at Villa Park on Wednesday night, watching Villa in action against Brentford.

“If we can put the icing on the cake with Bolasie tomorrow then it’s exactly what we’re looking for,” said Bruce, as quoted by Sky Sports.

Villa drew 2-2 against Brentford in the Championship clash and maintained their unbeaten start in the season. 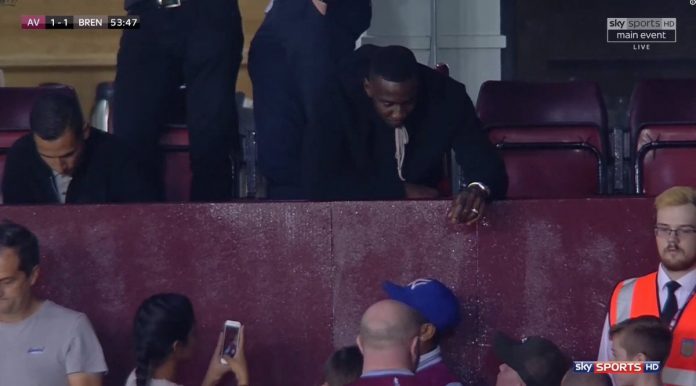 The DR Congo winger, who has 32 international caps under his belt was heavily linked with a move to Middlesbrough, but Villa moved in quickly.

Bolasie joined Everton in 2016 from Crystal Palace but struggled with injuries and form at the Merseyside club. He has dropped down the pecking order at Everton under Marco Silva following the arrivals of Bernard and Richarlison.

The 29-year-old has loads of Premier League experience and he would be a superb signing for Steve Bruce’s side.

Villa signed Anwar El Ghazi from Lille  on Wednesday, and are reportedly looking to sign Tammy Abraham from Chelsea on loan as well.