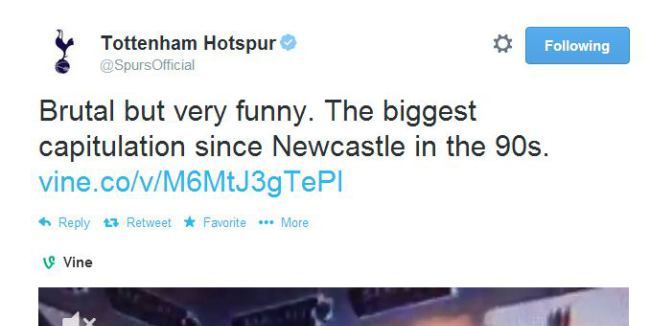 Liverpool’s 3-3 draw on Monday with Crystal Palace will surely go down as one of the most distressing nights for Liverpool fans in recent memory, as Tony Pulis’ side fought back from three goals down to claim a hugely unlikely point, with Liverpool’s title bid now in ruins.

As if that wasn’t enough, those friendly people over at White Hart Lane thought it wise to post a video mocking Brendan Rodgers’ side following their shock draw. 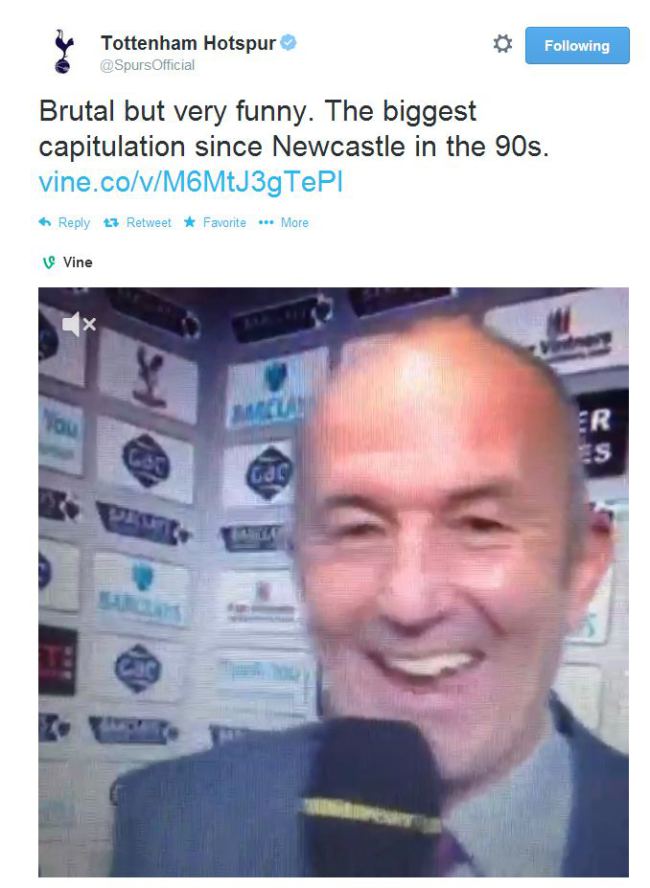 As you can imagine, the post was not particulaly well-recieved by the Liverpool faithful, and was swiftly removed with the following apology:

We apologise to anyone offended by a recent tweet, which was immediately deleted. This post was not tweeted by anyone affiliated to THFC.

While kicking a man when he’s down can be tempting at times, Spurs best avoid such taunting considering their horror season, which pales in comparison to Liverpool’s stunning, record-breaking campaign.

Perhaps someone whispered in the ear of the moderator -‘Hey! Careful! Remember, Liverpool beat us 5-0 at the Lane this season, and 4-0 at Anfield!’

Here is the offending video:

What do you think? Spurs overstepping the mark, or is it all fun and games? Let me know in the comments below…