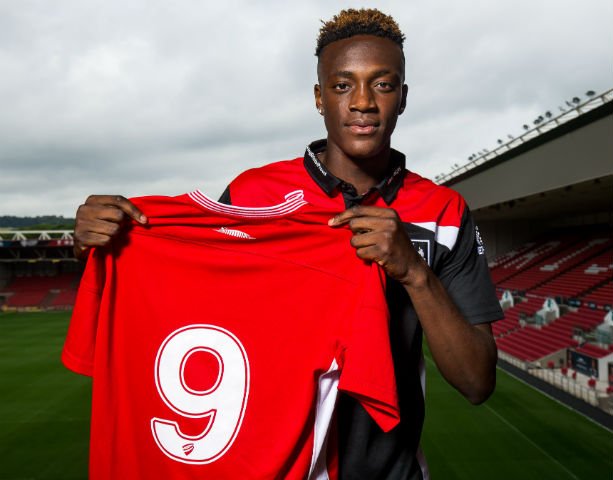 England U-19 international Tommy Abraham have joined Bristol City on loan today from Chelsea, the West London club have confirmed. The move has also been confirmed by the Championship side as well on their official Twitter account.

The Tweet contains a picture of the 18-year-old holding the Bristol shirt.

Abraham becomes the 16th Chelsea player to move out on loan this summer. He will wear the #9 shirt (as you can see in the image above) at his new club.

According to the BBC, there is no standard recall option in the deal for the young striker. He is eligible for the Championship club’s opening game against Wigan on Saturday.

Abraham made his senior debut for Chelsea against Liverpool last season and also appeared against Premier League champions Leicester City at Stamford Bridge.

He has scored 74 goals in 98 youth games for Chelsea at different levels and is a twice-winner of the FA Youth Cup and UEFA Youth League.

Abraham is a regular member of England U-19 national squad and has scored five goals in 13 appearances for his country. He took part in the U19 European Championship this summer and was even invited by new club manager Antonio Conte to join Chelsea’s squad for their pre-season tour of the USA.