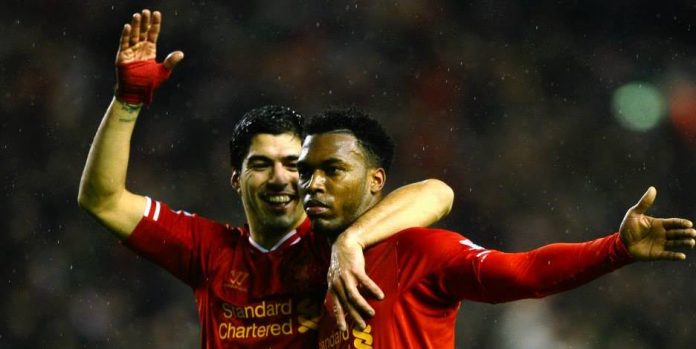 Liverpool put rivals Everton to the sword in the Merseyside derby on Tuesday, with Daniel Sturridge bagging a brilliant brace in his side’s 4-0 win at Anfield.

Sturridge scored the second and third goals for Liverpool, taking his Premier League tally to 13 for the season.

The England international has only failed to score in three of the 15 games he has played in the top flight this season, and his partnership with Luis Suarez is the absolute envy of Europe.

Two deft finishes from the 24-year-old effectively ended the match as a contest, and with Steven Gerrard and Suarez also scoring, it was a day to remember for Liverpool fans worldwide.

Liverpool’s win further consolidated their place in fourth spot, and put three points between themselves and Tottenham in fifth, who play Manchester City tomorrow.

What do you think? Is the gulf in class reflective of the scoreline? Is Sturridge the best English striker? Let me know in the comments below…