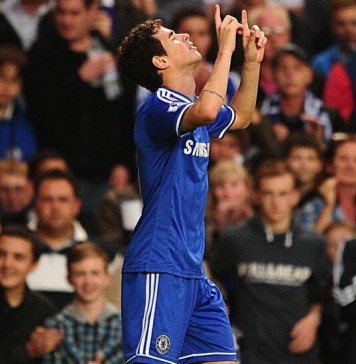 Chelsea moved to the top of the table after they defeated Fulham 2-0 on Saturday night at Stamford Bridge, where Oscar and John Obi Mikel were on target for the Blues.

The 22-year-old Brazilian has been arguably the best player for Chelsea so far and Jose Mourinho has heaved high praises on him in the press. The Portuguese even claimed that Oscar is his first choice for the no 10 position while Juan Mata has been told to adapt to his systems.

Chelsea came into the match on the back of some poor performances and results and needed to bounce back strongly. In the first half, Fulham maintained a tight shape and discipline and kept the score 0-0 at half time.

However, Oscar opened the scoring for the home side as Mikel added another towards the end of the second half, killing off the contest completely. Chelsea FC posted a picture of Oscar celebrating his goal last night on Twitter. Take a look, below… 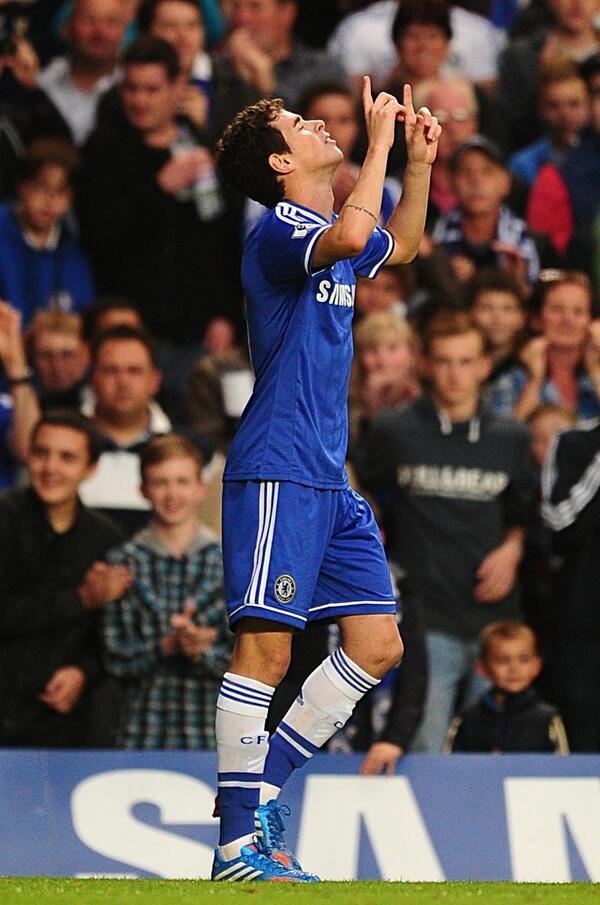