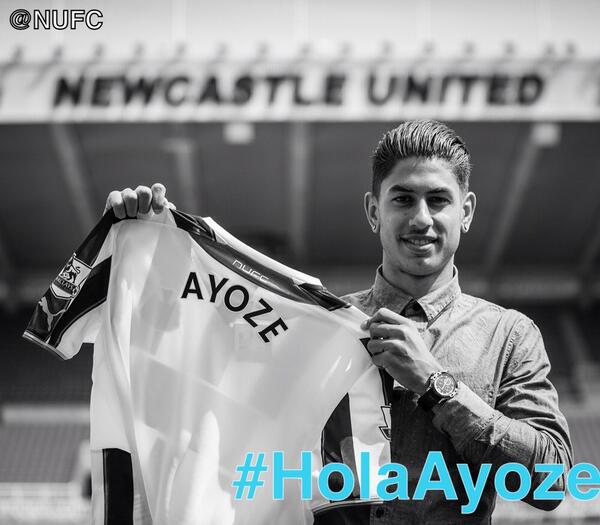 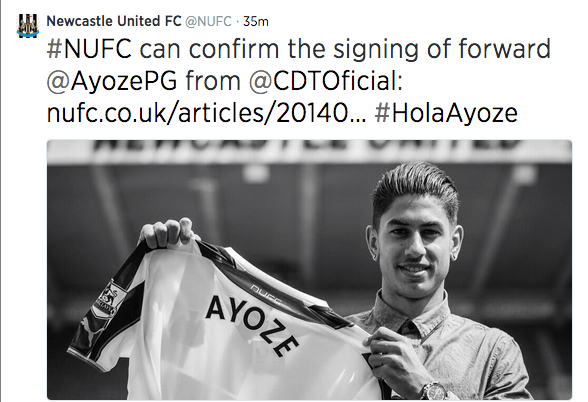 Newcastle United have confirmed the signing of 20-year-old striker Ayoze Pérez from CD Tenerife on a long-term contract, the club has confirmed.

The young striker joined the youth set up at Tenerife in 2004 are last progressed to the first team.

In the Segunda Division, that is Spain’s second tier division, he enjoyed a good campaign, where he scored 16 goals in 34 appearances.

“I’m very eager for it to begin and I’m very pleased to play for this magnificent Club.

“Any football player would be interested in playing for such a Club and I will earn my position to get in the first team.”