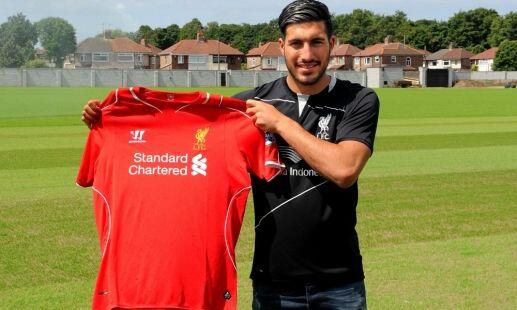 New Liverpool signing Emre Can to set to wear the legendary No. 23 shirt at Anfield. The German midfielder who signed for the Merseyside giants from Bayer Leverkusen for £10 m will have big boots to fill as he is set to wear the jersey number vacated by Anfield Legend Jamie Carragher.

Liverpool’s pre season training starts on Monday with non World Cup players as the Reds aim for a successful 2014-15 campaign after narrowly missing out on the Premier League title to Manchester City.

Can took to his official Facebook page to reveal that it was an honour to take Carragher’s former shirt. 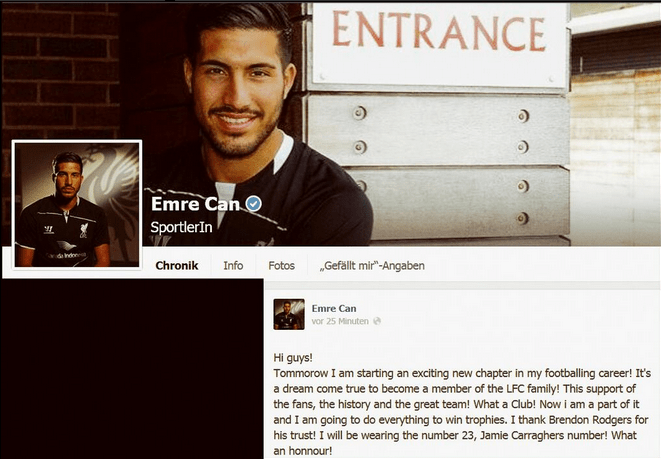 Can couldn’t hide his excitement claiming,“I am starting an exciting new chapter in my footballing career. It’s a dream come true to become a member of the LFC family! This support of the fans, the history and the great team! What a Club!”

“I am going to do everything to win trophies. I thank Brendan Rodgers for his trust! I will be wearing the number 23, Jamie Carraghers number. What an honour. Looking forward to meeting my teammates and fans”