Chelsea midfielder John Obi Mikel scored his first goal for Chelsea since 2007, and first in the Premier League, as the Blues earned a convincing 2-0 victory against West London rivals Fulham at Stamford Bridge.

Oscar opened the scoring for the Blues in the second half and Mikel killed off the contest in the end after scoring a brilliant acrobatic volley.

With that victory Chelsea are now top of the league, albeit temporarily, on same points with Liverpool. The Reds earlier lost their match against Southampton by 1-0 at Anfield.

Chelsea FC have posted an image of Mikel celebrating his goal on Instagram. Check it out below… 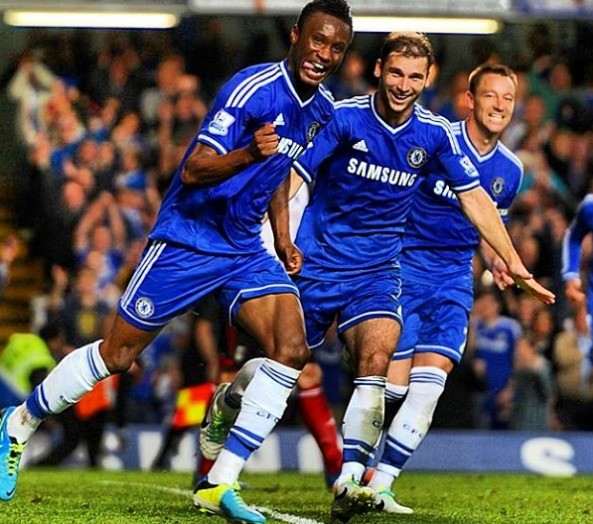