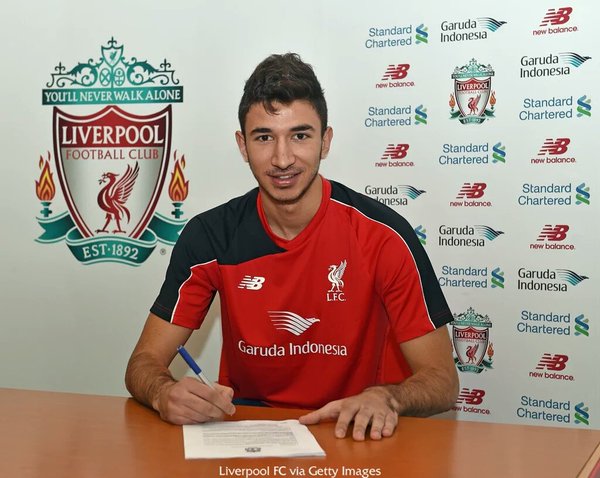 Grujic is Jurgen Klopp’s first signing since taking over from Brendan Rodgers back in November.

It is understood that the German manager played a key role in convincing the 19-year-old to snub the advances of Inter Milan and Chelsea.

The highly talented box-to-box midfielder arrived in Liverpool on Sunday evening and agreed on a five-year contract with Liverpool. According to the terms of the deal, Grujic will return to Serbia for the remainder of the season on loan and will return in the summer.

Grujic joins #LFC from Red Star Belgrade, where he will immediately return on loan until the end of the season. pic.twitter.com/FXYChH0Rx0 — Liverpool FC (@LFC) January 6, 2016

Despite other offers from Russian clubs, who offered more money than Liverpool, Grujic was insistent on moving to Anfield according to Mirror.

Italian giants Inter Milan looked set to clinch his services before Klopp personally intervened and spoke to the Serbian Under-21 international and convinced him that a move to Anfield is best for him.

Liverpool are set to pocket £730,000 as a loan fee after agreeing to let him remain at Red Star for the rest of this season.

The young midfielder is a firm favourite at Red Star and played a key role for Serbia during their FIFA Under-20 World Cup win in June.