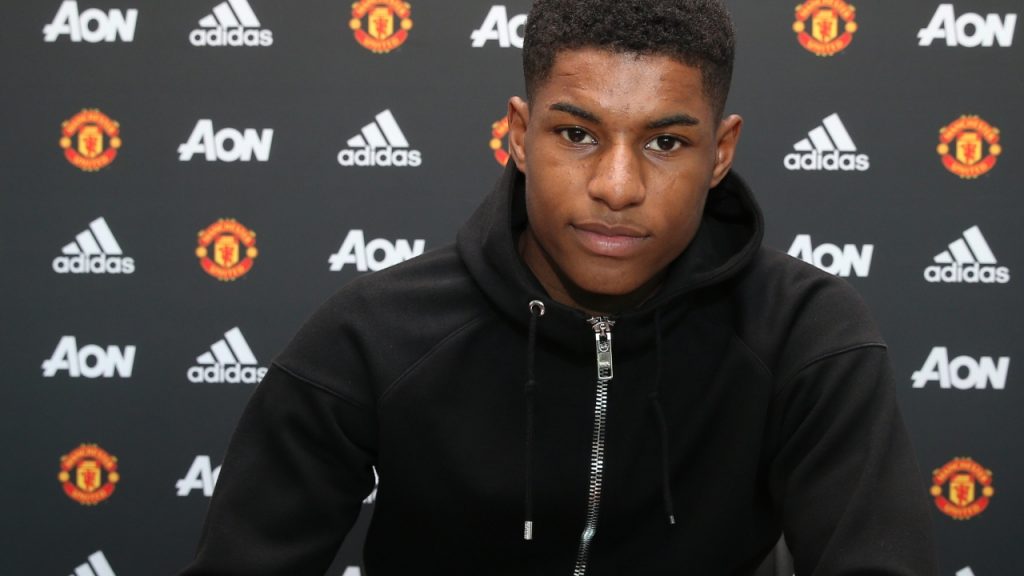 Manchester United striker Marcus Rashford has signed a new contract at Old Trafford. The Premier League outfit have agreed a long term deal with the young forward and confirmed it on their official website.

The young academy graduate has been making headlines ever since his debut in the Europa League earlier this season. The England striker has scored several important goals since then against the likes of Arsenal and Manchester City.

Marcus Rashford has signed a new contract with #mufc. Find out more in the club statement: https://t.co/OnOawyMIwD pic.twitter.com/ZoKGKqXKtT

Rashford wreaked havoc against Arsenal as the Manchester United starlet scored twice and set up another for Herrera during his side’s 3-2 win over Wenger’s team. Rashford also scored a vital goal for England on his debut against Australia earlier this week.

The talented Manchester United striker will see his wages rise to around £20,000-a-week but appearance bonuses and other performance triggers are likely to see the striker earn significantly more than that according to Telegraph.

Rashford signing a new deal is excellent news for Manchester United, who should be doing everything in their power to keep their prodigious young talents at the club. The Old Trafford outfit have lost world class talents like Ravel and Pogba previously.

Rashford has been a revelation under Louis Van Gaal and it will be interesting to see if Mourinho offers him a prominent role next season or sends him out on loan.

Executive vice chairman Ed Woodward said: “Marcus is a naturally talented footballer with great potential. He has taken his chances well and has integrated into the first team very quickly. I am delighted that Marcus has signed a new contract, he is at the right club to continue his development. He is still very young and we need to be patient but he is developing in the right way and we believe he has a great future ahead of him.”

Marcus Rashford said: “I am delighted to have signed a new contract. I have always been a Manchester United fan, so to be playing in the first team really is a dream come true. I am grateful for having the chance to prove myself. To be able to play football at the biggest club in the world means everything to me and my family.”