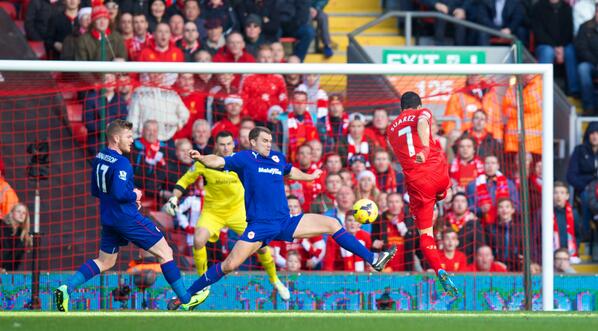 Luis Suarez produced yet another virtuoso performance as Liverpool earned a convincing 3-1 victory against Cardiff City at Anfield and moved to the top of the Premier League table. 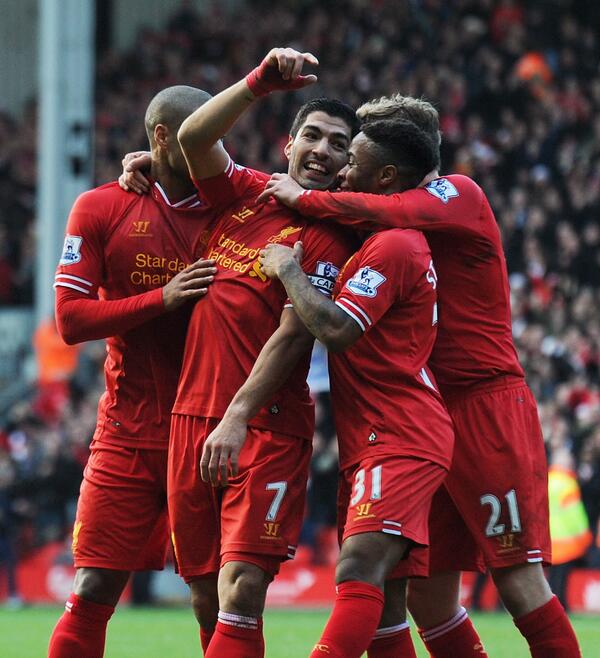 The Uruguayan genius scored twice in the first half and took his goal tally to 19 in just 12 matches, as Liverpool went 3-0 at half time. The visitors tried to force their way back into the game and pulled one back in the second half but to no avail.

In the 25th minute of the match, Jordan Henderson found Suarez in the box, with a brilliant pass and the Uruguayan slotted home with a sublime volley.

Henderson picked up the run of Suarez with another delightful ball few minutes later and the Uruguayan unselfishly poked the ball on the path of Raheem Sterling, who made it 2-0.

Just before the half-time, Suarez scored yet again as he brilliantly curled in a 18-yard shot after Henderson found him with a delightful flick. Check all the goals below: