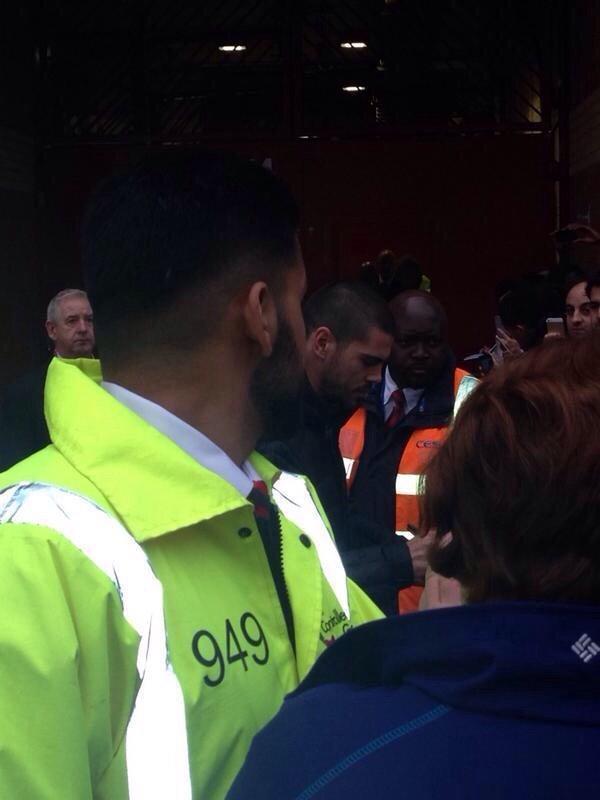 Ahead of today’s block buster encounter between Manchester United and Chelsea, look who is  present to watch the game. Liverpool target and former Barcelona goalkeeper Victor Valdes who is currently training with United is present to watch from the stands at the iconic Theatre of Dreams.

The 32 year old who is currently a free agent has been present in Manchester for training with the Red Devils squad. There are also suggestions that the former Barcelona goalkeeper will undergo his medical at United in the coming days. This certainly hints that Louis Van Gaal could offer Valdes a contract to play with the Red Devils.

Earlier Liverpool were also interested in the Spaniard, but reports over a move to Anfield has died down in the past few weeks. Who knows, but will Liverpool’s pain might be United’s gain?