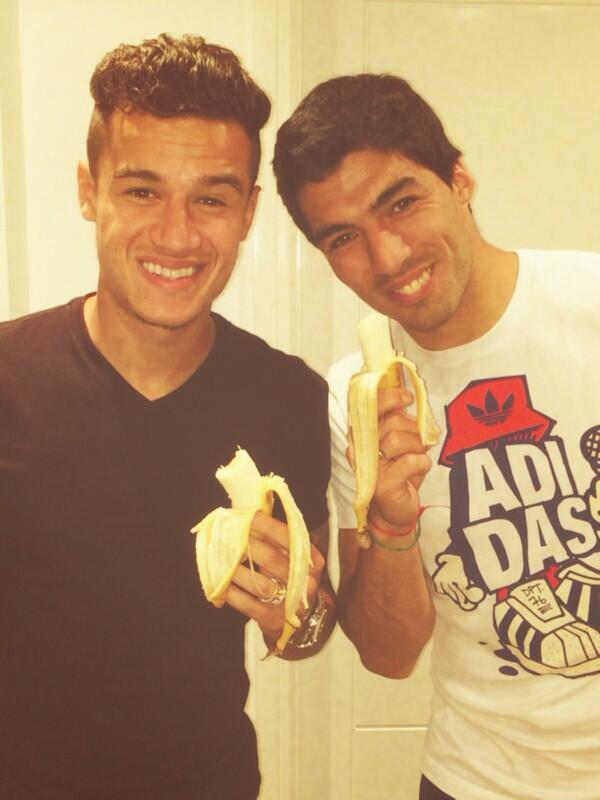 Liverpool star Philippe Coutinho posted a picture on Twitter eating banana alongside Luis Suarez, to show their support for racially abused Barcelona defender Dani Alves, who had a banana thrown at him during the La Liga giants 3-2 win over rivals Villarreal at El Madrigal.

While taking a corner, the Brazilian right-back was hit by a banana. He peeled it, took a bite and concentrated on the task at hand. It was a nice gesture from him and has received world wide admiration for that act.

It is fast becoming a symbol of anti-racism, with Manchester City and Chelsea played have earlier posting pictures and videos of them eating bananas. Liverpool players have now shown the support as well.