Arsenal midfielder Jon Toral has completed his loan move to Rangers. The 21-year-old attacking midfielder was presented to the media yesterday.

The 21-year-old attacking midfielder was presented to the media yesterday. Toral has been handed the number 8 shirt by the club.

The Spaniard had returned to Arsenal from his loan spell at Granada a few days ago. The Gunners have decided to loan him out once again so that he can continue his development with regular first-team football.

The former Barcelona midfielder struggled to hold down a regular starting berth at Granada and had played just 267 minutes of first team football during the first half of the season.

Toral expressed his delight after completing the move to Rangers and claimed that he had an impressive chat with the manager, Mark Warburton, before joining the club. He also revealed that the Rangers boss has a good relationship with Wenger and the Arsenal manager wanted Toral to join the Scottish side because of their similar playing style to the Gunners.

Warburton praised his new signing and stated that Toral is the kind of player who is technically gifted, has a tremendous left foot, sees the pass early and scores goals.

The manager and the player know each other well from their time at Brentford and Toral will be hoping to kick on under Warburton’s management and return to Arsenal as a better player in the summer.

Here are some of the best photos from Jon Toral’s unveiling at Rangers. 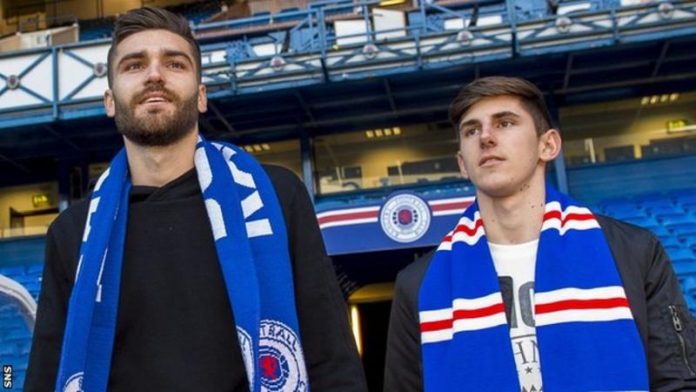 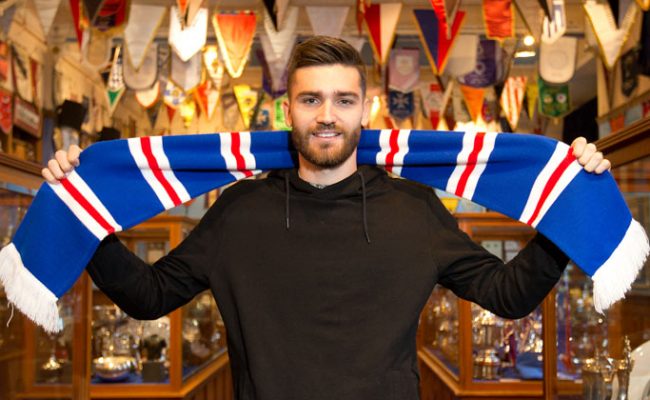 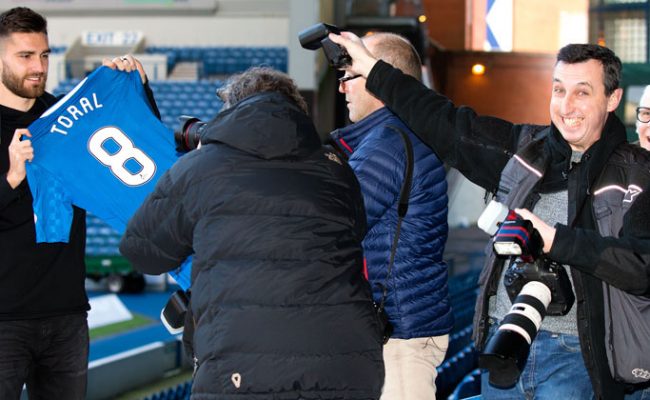