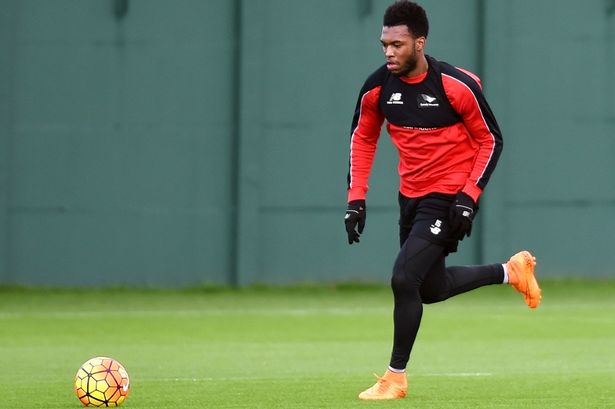 Liverpool have been handed a massive injury boost after star striker Daniel Sturridge returned to full training and came out unscathed, according to the Liverpool Echo.

He last featured for the Reds on December 6 against Newcastle and a further injury setback has kept him on the sidelines since then. The England international has spent the majority of the last 18 months on the treatment table and has struggled to keep himself fit due to multiple injuries.

Jurgen Klopp had earlier publicly confirmed the former Chelsea and Manchester City man will not be considered for team selection unless he successfully completes several training sessions and comes out of them without any injuries.

Sturridge’s return to training was already confirmed by the former Borussia Dortmund manager during his pre-match press conference, prior to the Leicester City defeat.

Liverpool face Sunderland in the Premier League followed by the FA Cup replay against West Ham United next week. The report claims Sturridge is no where close to returning to the squad for the next two fixtures as he needs to get regular training sessions under his belt before making his return to the starting lineup.

Klopp is currently relying on Christian Benteke as he is the only fit striker available in the squad, with 26-year-old Sturridge joining Danny Ings and Divock Origi in the list of injured strikers. However, the latter has joined Sturridge and Philippe Coutinho in training and the return of these two strikers will provide Klopp with more options during team selection.

Former Liverpool striker John Aldridge claims that the club’s hope of saving this season rests on Sturridge’s shoulders. He said, “Daniel Sturridge is due to return to training this week, and once again Liverpool are right back at square one – hoping he can come and save them.”

“We had it all through last season, when he had setback after setback. We sat and we waited and we hoped, and it never really happened.”

“Now, a year on we are in the same boat again. Liverpool have spent money, they’ve changed manager, they’ve looked for solutions but they haven’t been able to fix the big problem. They can’t score goals,” Aldridge added.