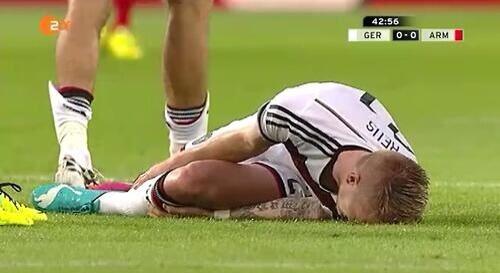 What a a day this is turning out to be. The World Cup seems certain to be cursed. Germany’s Marco Reus might miss the World Cup after suffering a nasty looking leg injury against Armenia in the Die Mannschaft’s preparations for the showpiece event.

Reus had to be carried off the pitch after twisting his ankle badly and was replaced by Lukas Podolski just ahead of the half time interval. 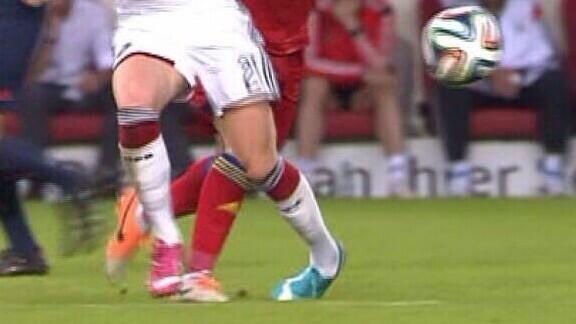 Reports from Twitter have claimed the 25 year old is on his way to the hospital as he is unable to put any weight on his leg and had to be taken off.

Reus on his way to hospital according to ZDF.

There is no doubt that Germany have an incredible depth in their squad but Reus’ absence will certainly deprive the fans of the player who has had an incredible season at Borussia Dortmund scoring 21 goals and 15 assists in 39 appearances.

Reus hobbling off the pitch with Müller-Wohlfahrt (German team doc) shaking his head. doesn’t look good at all

Manchester United are eager to sign Reus in the summer after a disastrous 2013-14 campaign but we reported yesterday that the German star is  also subject to interest from Barcelona.

A horror day overall for football fans as Frank Ribery was earlier in the day ruled out with a back injury while Russia have also lost their captain Roman Shirokov due to an achilles tendon injury. Colombia’s Radamel Falcao was also ruled out yesterday. One might contemplate if the Witch Doctor from Ghana is upto his antics again!