Jose Mourinho never lost a Champions League quarter final before. And he maintained the record yet again, as Chelsea reached the semi-finals after beating PSG 2-0 at Stamford Bridge, in a thrilling encounter. 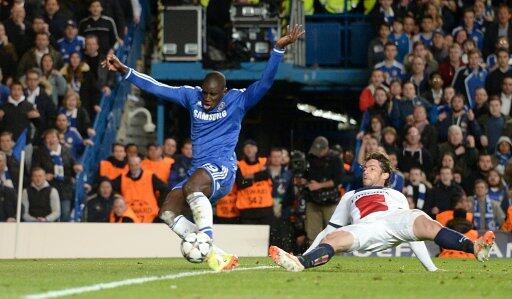 The task was already difficult as the Blues were trailing by 3-1 from the first leg and it became even more difficult when Eden Hazard was forced off within first fifteen minutes.

Substitute Andre Schurrle scored the opening goal for the Blues, while Demba Ba, who has hardly featured this season, netted the winner right at the death, leaving Stamford Bridge faithful in uproarious jollity.

Mourinho said after the match: “Demba Ba made a crucial finish for us, I think we deserved it. Sometimes the team with the heart deserve to go through”

Demba Ba’s goal had to be so special to him – born near Paris and grew up not too far from the city. Arguably the biggest goal of career.

Delighted for everyone but happy it was Ba who got the winning goal. He has been on the fringes, hasn’t moaned & deserved that goal tonight!

That demba ba goal is why we love football #greatdrama #thespecialone