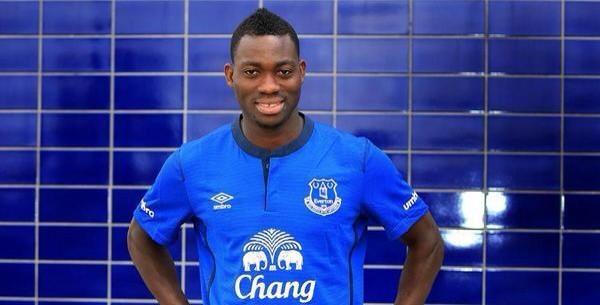 Chelsea winger Christian Atsu has left Stamford Bridge and joined Everton on loan until the end of the season.

The Ghana international moved to Stamford Bridge from FC Porto last summer and despite his switch to the West London club, the 22-year-old spent the previous campaign on-loan at Vitesse Arnhem.

Atsu will not get a chance to feature in the Premier League with Roberto Martinez’s side for the new season. After completing his temporary switch to Goodison Park, the winger has expressed his delight and says his dream has come true to play in top flight football competition in England.

“I’m very happy to be joining Everton because it’s a great club, which likes to play football, and it’s a great pleasure to be here. Playing in the Premier League has always been a dream for me and I have achieved that dream,” Atsu told Everton’s official website.

“This is the biggest level for me to play at. I know that it’s a very competitive league and I believe with hard work we’re going to be successful this season.”