A statement on the official website read – “Chelsea Football Club is delighted to announce the signing of Marco Amelia.”

The former AC Milan goalkeeper has joined the Premier League champions on a free transfer.

Amelia is expected to provide cover for Begovic, after a long term injury to Thibaut Courtois last month, and has signed a contract until the end of the season. 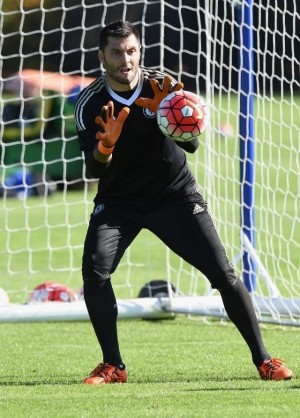 Amelia, who has represented Italy, played for Perugia last season.

Amelia was out of a contract this summer.

The Italian began his career with Roma and then went on to establish himself at other Italian clubs – Livorno, Palermo and Genoa.

The 33-year-old keeper will wear the number 32 jersey.

He is expected to be available for Chelsea’s Premier League game against Aston Villa.