At long last, there is some activity from Chelsea in the transfer market. After announcing a loan deal for Radamel Falcao a couple of weeks back, the Blues have now confirmed their first permanent signing. Goalkeeper Asmir Begovic has joined from Stoke City as a replacement for Petr Cech.

The keeper was photographed with a Chelsea scarf outside the club’s training ground in Cobham: 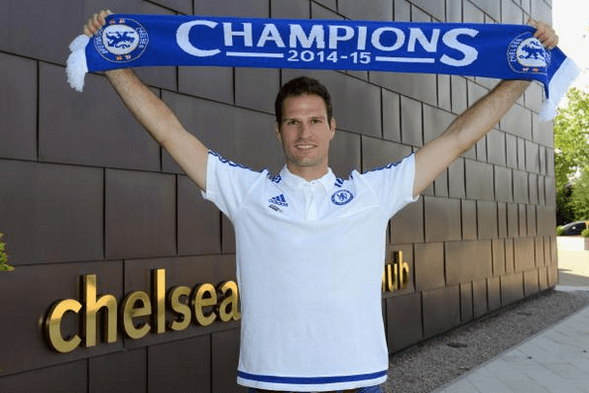 The Bosnia-Herzegovina international has signed a four-year deal at the club, and the transfer fee is believed to be in the region of £8 million. This has been a transfer story that has been ongoing for a while now, and Chelsea fans will be relieved to see it come to a conclusion without delaying any further. 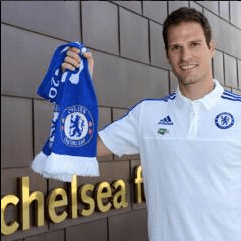 Last week, Marco van Ginkel joined Stoke on a season-long loan from Stamford Bridge, while the Potters have signed veteran Shay Given as a replacement for the outgoing Begovic.

The 28 year-old will be understudy to Thibaut Courtois at Chelsea, but his well-proven quality will keep the Belgian constantly on his toes. Begovic has been one of the most consistent keepers in the Premier League in the last five years, after joining Stoke from Portsmouth.

Interestingly, Courtois has chosen to stick with the number 13 shirt that he wore in Chelsea’s title-winning campaign last year. The number 1 shirt, vacated by Cech’s transfer to Arsenal, will be taken by Begovic.