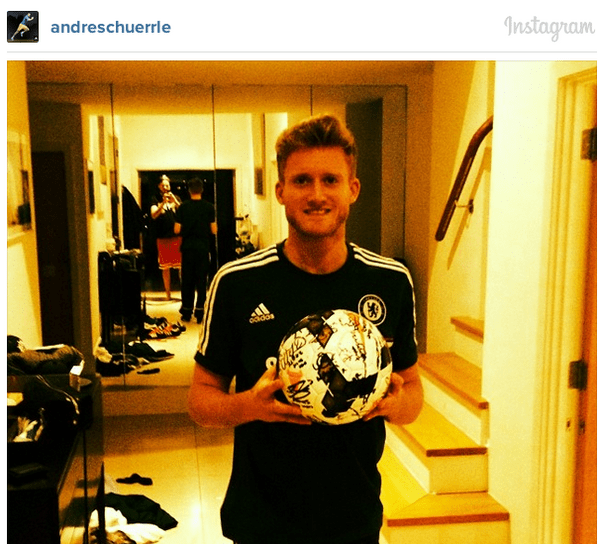 Chelsea consolidated the top spot in the Barclays Premier League as they earned a 3-1 victory over Fulham at the Craven Cottage on Saturday.

Andre Schurrle, who has appeared mostly as sub this season (12 subs, 8 starts) scored his first hat-trick for the Blues. After the match, the Germany international took Instagram to post a picture of him holding the hat-trick ball.

He left the following message: “Love this ball:)) 3 important points!! Thanks for your support!! #blues”.