Alexis Sanchez’s move to Manchester United is all but done.

The transfer has not been confirmed officially yet. Apparently, Sanchez needs to sort out his work permit first.

Metro have now shared a picture of the Chilean in a Manchester United shirt. The player was seen filming his unveiling for United’s official media channels. Sanchez was wearing the famous number seven shirt for the Red Devils. 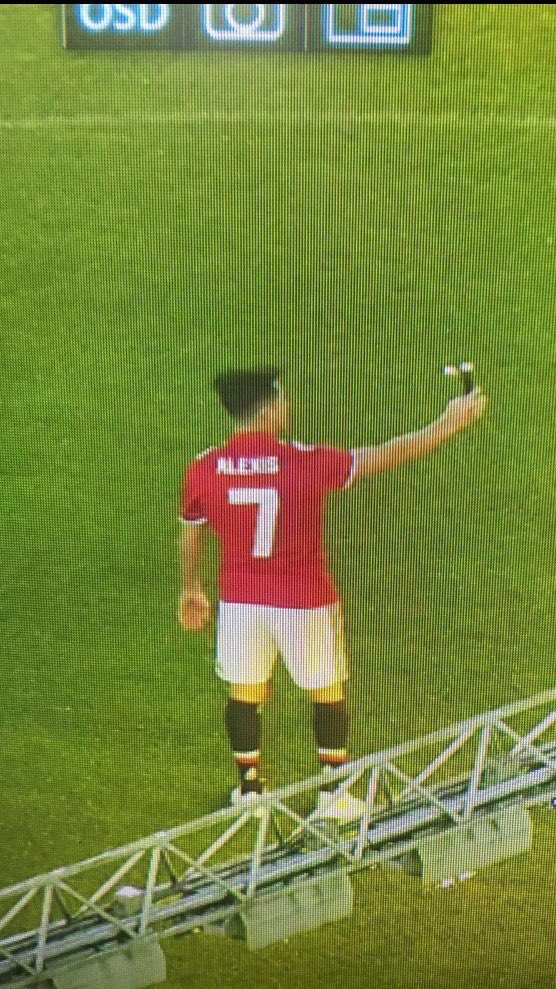 Manchester United midfielder Henrikh Mkhitaryan will join the Gunners as a part of the deal. The Armenian has failed to impress Mourinho since his move from Dortmund.

Arsene Wenger has suggested that Sanchez’s transfer to Manchester United is motivated by money. The Frenchman revealed that this is Sanchez’s last big contract at the top level and the player was keen on securing a massive payrise.

It will be interesting to see how Sanchez performs for his new club now. There is no doubt that the 29-year-old is a world-class player.

The Chilean could make his debut against Yeovil next week. His Premier League debut is likely to be against Spurs.